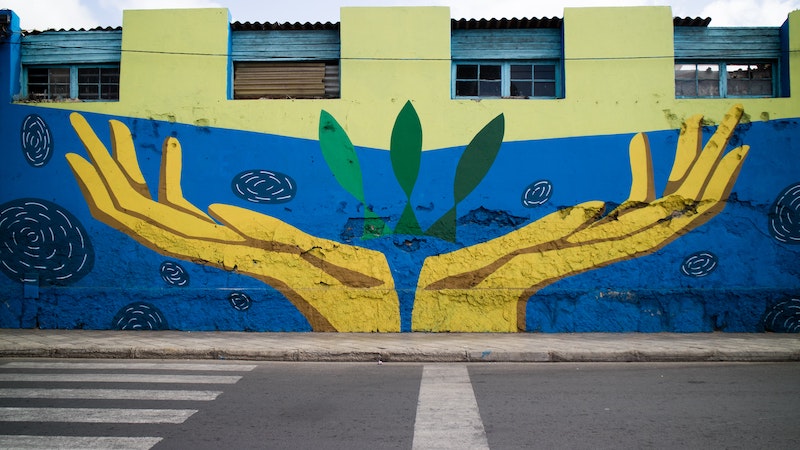 For this issue of Green Agenda we welcome new critical and creative voices, writing from places where left political and ecological commitments are already making a difference.

As a decade of liberal-conservative hegemony in government finally breaks, and as we shift to this new post-electoral moment, we also bring together several pieces that reflect on the federal election and the ground-campaign.

Together with the pieces on the election, the issue weaves together three strands of writing that Green Agenda regularly features.

Writing from places where our movement is fighting to change things on the ground. Writing from places and projects where our collective movement is seeking to carefully prefigure the world we want to live in. And grounded writing that looks at our collective and ecological futures as we work up a different politics with nature, biodiversity, and Country, through recognition and care.

From East Gippsland’s forests in south-eastern Victoria, Chris Schuringa offers a powerful account of the work undertaken to protect not only ‘old-growth’ forests, but all forests in the region after the Black Summer of 2019-20. Recounting the recent history of blockades, direct action and citizen science, the essay is also accompanied by some stunning photography of the Kuark forest and the Errinundra area. In turn, Maddison Miller, a Darug woman and archaeologist, writes to us about the need to rethink the city through the fundamental attachment that is Country — her intervention peels back urban layers, but also outlines imaginatively the immense challenge awaiting. Her striking piece demands an intimate and ethical recalibration of the way we live in cities.

In prefigurative mode, Charlie Phillips writes for us about the Earthworker cooperative ecosystem being built by worker-owners. Writing from within the project, Charlie shares with us Earthworker’s ambition to reshape what-is-economy in a collaborative, democratic and ecological manner. While the new Labor government’s readiness to call on coal and gas to address the current ‘energy crisis’ already reveals its limitations, Charlie’s essay charts a people-powered path for the energy transformation that is needed.

In the issue we also return to degrowth’s potential with Anitra Nelson and Vincent Liegey. Their generous and detailed account of what’s at stake, makes for a substantive call to action. ‘Degrowth activists’, they write, ‘want to demolish the blinkered addiction to growth that epitomises late-stage capitalism’. In a similar vein, scholar-activist Terry Leahy, outlines the transformative politics and practices of permaculture in Australia and overseas, while wrestling with some of the movement’s contradictions relating to knowledge, land and its ownership.

Once parliament resumes in late July, the Greens will be returned to parliament in greater strength. Together with the Climate 200 independents, the Greens’ newly elected federal MPs and senators will do something truly significant, bringing climate action and environmental concerns to the floor. But only the Greens will emphasise the need for work on social justice and a treaty with First Nations.

In this issue we publish two ‘election diaries’ – presenting candidate Celeste Liddle’s intimate snapshot of the Cooper campaign in northern Melbourne, followed by Senator Janet Rice’s lively account of election day and reaction to the outstanding results. Reading the two diaries side by side is a must!

Staying with the election, sociologist and campaigner Joanna Horton writes from Meanjin/Brisbane, emphasising the lesson many of us are once more learning – but known to all engaged in the ground campaign in and around Brisbane over the last couple of years. The importance of talking to people and following the political threads weaving everyday matters and the possibility of social change. Rounding out our post-electoral take is an interview with former leader of the Greens, Christine Milne, which reads our moment clearly and concludes by passionately calling for greater work on a collective agenda focused on valuing biodiversity and nature in our ‘century of survival’.

Writing from Naarm/Melbourne it feels as if we’re entering a whole new moment for left, decolonial and ecological politics. Green Agenda hopes to play an ambitious role here — inviting discussion, yes, but also helping the movement, party and allies to imagine and work for a collective horizon.

Support Green Agenda by becoming a patron or making a donation.

Dr Carlos Eduardo Morreo is a writer, scholar, and organiser living in Naarm/Melbourne and the current editor of Green Agenda. Previously he taught in the School of Politics and International Relations at the Australian National University in Canberra. Carlos is also the executive officer of the independent Institute of Postcolonial Studies, based in North Melbourne. He co-edited Postdevelopment in Practice: Alternatives, Economies, Ontologies (Routledge 2019) with Elise Klein, and collaborates with several International politics and global south journals.