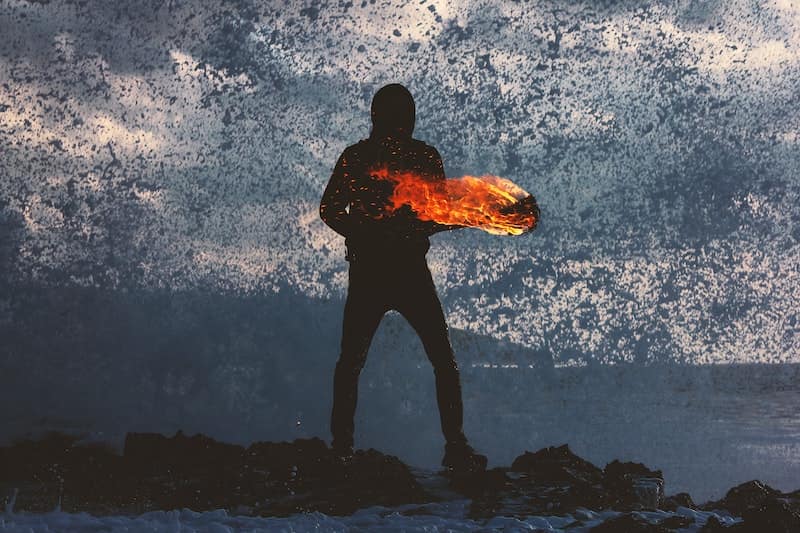 As I sit in my study writing this piece, I look outside to the trees in our street and the clean Canberra air. It is a far cry from what it was like just over a year ago. From November 2019 to February 2020 our beautiful city was shrouded in smoke. With fires to our north, east and west, we couldn’t escape. It meant a summer sitting inside, sealing the doors and windows as tight as possible, and watching weather apps with the faintest hope for a wind change that would blow the smoke away from the city. For months, the air was literally trying to kill us.

I don’t think anyone will forget that fire season. Over the Summer of 2019-2020 huge fires burned across Australia, taking lives, destroying people’s homes, and devastating our environment. Even over a year on, and with the COVID-19 pandemic in between, it is a time that has left scars – physical, spiritual and emotional – on our landscape and community.

Yet, despite the devastation it increasingly feels like we, or at least our political leaders, have learnt nothing. While, for a moment, there was a brief glimmer of hope that the fires may create some real change in our politics, particularly on climate change, over a year on we still have much of same. The ‘climate wars’ that have dominated Australian politics since the mid 2000s are staying as strong as ever, with political leaders doing nothing to tackle the crisis. Our federal government can’t even commit to net zero emissions by 2050, while the federal Labor Party refuses to name an interim target. Parties at both state and federal level continue to support fossil fuel developments, and despite some progress, investment in clean energy is still too low. Meanwhile, many of the victims of the fires are still without homes, with the hit of coronavirus restrictions doubling the economic and social impact for those communities. In many ways we are like the dog in the cartoon, acting like all is fine while the fire burns around us.

That is why, for this edition, we wanted to talk about fire. We have a range of excellent articles on the topic. Some talk directly about the fires of 2019-2020. Dodie Henderson, for example, looks at media coverage of the fires and ways we can improve talking about climate change, while Hannah Duffus looks at a trend of what she calls ‘wildfire fiction’, examining how artists can provide new ways to respond to climate change. Sonia Randhawa examines new ways of democratic engagement that have emerged from the ashes. Meanwhile, others have taken the theme in different directions. David Paris looks at the debate over the recently-passed social media code, arguing that Facebook has shown it is willing to let the world burn to get what it wants. Former Greens Senator for WA Jo Vallentine examines the intersection of the politics of climate change, coronavirus and nuclear proliferation, while Lina Koleilat examines the social movements responding to the Beirut explosion, another defining event of 2020. The newly elected Greens MP for South Brisbane in Queensland, Amy McMahon tells us about the way the Queensland Greens harnessed the fire and passion of her community to drive a green wave in their seat. Finally we have an interview with Holly Hammond, in which she talks with Green Agenda co-editor Felicity Gray about activism as a form of fire and the burn out that can occur.

My partner is Scottish and one of our best friends is from New Zealand. One day we started talking about growing up in our home countries, and I asked people about what sort of natural events they tend to live with. In Scotland they face blizzards that can lock people in their homes for days. In New Zealand it is the constant threat of earthquakes, ones that can literally destroy cities within minutes. For us Australians, it is fire. Fire in many ways defines us. We all have experiences with it, we fear it and love it at the same time, and we need to learn both how to prevent it and live with it. This edition, please join us as we go into the fire.