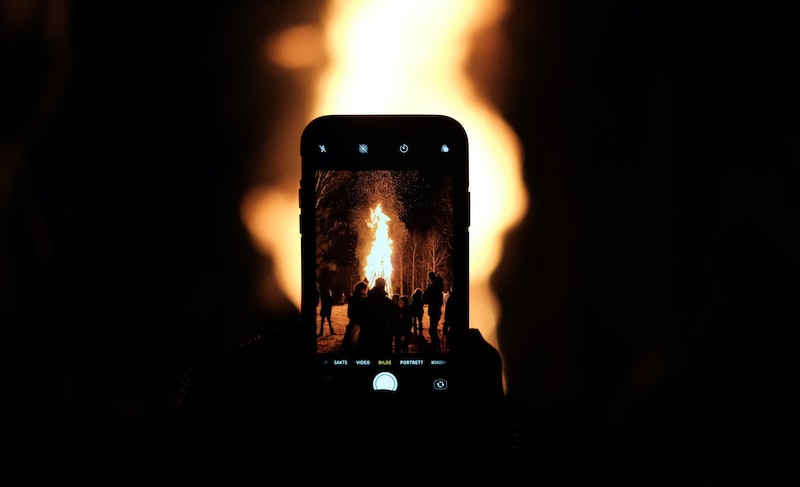 It was never going to go well. Attempting to prop up the media sector while reigning in the tech giants with one bill was always going to be chaotic, but even then, the impact of Facebook’s Australian news content ban last Thursday was more widespread than almost anyone anticipated.

The government passed their revised News Media Bargaining Code through the House of Representatives last Thursday. The code ostensibly addresses the power imbalance between the media industry and the tech platforms that have subsumed their main source of revenue.

Mark Zuckerberg’s usual tactic in response to a threat to his dominance is to either clone the functionality (such as Facebook Stories and Reels) or acquire the company (like Instagram). He can’t make his own Australia—Facebook’s Oculus VR is a long way from being that convincing—and you need to be in the fossil fuel industry to acquire the Australian Government, so he was left with his lesser used third option: attack. Facebook blocked Australian ‘news’.

The definition of ‘core news content’ in the bill, along with (at the time) provisions designed to ensure that news from sources outside the bargaining process weren’t treated differently, meant that Facebook’s subsequent explanation for their heavy-handed response was only about 85% ridiculous.

“Content that reports, investigates or explains current issues or events of public significance for Australians at a local, regional or national level” could conceivably apply to pretty much anything posted by not-for-profits, advocacy groups, community networks and services if you really wanted to be a dick about it. Just a few hours after announcing their intention to block news to Australian users, hundreds of organisations across Australia were entirely cut off from their Facebook audience. Providers of essential and emergency services were not spared. You can mark yourself ‘safe’ during a natural disaster, a feature Facebook implemented in a nod to their own ubiquity, but for several hours on Thursday, Western Australians lost a key avenue to access up to the minute information about nearby bushfires.

After getting the changes they demanded, Facebook lifted the ban a week later and restored access to Australian news, and everything else caught up in the conflict. The damage done to those non-news organisations in that week will be lost in the furore. Most likely it will become just another chapter in Facebook’s long history of screwing people over, maybe apologising, swearing they’ll do better, but never actually changing.

Out of strategic necessity, media outlets and the Australian Government declared the new deal with Facebook a victory. The reality is that Facebook’s bullying worked. There is no longer anything in the legislation to compel Facebook to pay publishers at all. There’s nothing to stop them taking similarly drastic action in the future. Facebook can now treat different publishers however they like, meaning they can reward media companies that ask for less money in negotiations with greater prominence in users’ feeds.

The government says the legislation is critical because the fourth estate is essential to democracy, but it is hard to take this government’s advocacy for public interest journalism seriously. A government that values frank and fearless reporting is not a government that sends in the federal police to pursue whistleblowers. A government that understands the importance of independent media scrutiny would do everything in its power to stop a publisher who exposed war crimes being extradited to the US and tried for espionage. A government dedicated to supporting media wouldn’t gut funding for public broadcasters that deliver such important services to the entire country.

This legislation has been criticised as a clear attempt to stay in the good graces of Rupert Murdoch and other media moguls by compelling the tech platforms to hand over millions of dollars a year. The politics of supporting it is appropriately toxic for progressives. Any cash injection would be welcome for smaller independent media outlets scrambling to stay afloat, but this legislation advantages the larger media players and forces smaller publications to band together or fend for themselves. It is needlessly complex. What could be accomplished by a tax on local revenue for the tech giants and a range of initiatives to support journalism has given way to a cynical cash grab. Nothing in the legislation says the funds from the digital platforms must be directed to public interest journalism, it can just as easily go straight into executive bonuses. The relationship compromises the way any Australian media signed on will report on some of the most powerful corporations in the world.

This mechanism does not serve the public in any way. It does the opposite. The revenue Google and Facebook generate comes from the exploitation of users of the platforms. Facebook and Google dominate digital advertising because they are able to amass huge volumes of data on people and use it to target their advertising with unnerving precision. We, the subjects of that data, have no recourse or protection. The new legislation gives Australian media substantial financial incentive to dismiss concerns about the privacy of Australian internet users, and entrenches the surveillance marketing model.

Facebook’s other high profile battle gives some insight into how dependent they are on this exploitation; they recently went on the offensive with Apple. A significant iPhone operating system update is imminent, in which Apple will introduce permission options that will allow users to opt out of granting continued access to the vast trove of location and behaviour data on which Zuckerberg built his empire. Facebook’s campaign was splashed across the pages of The New York Times, Wall Street Journal and Washington Post, and several court proceedings are underway. Ironically, one of Facebook’s main arguments is that Apple’s total control of iOS and the app store is an unfair and dangerous monopoly. They’re certainly not backing down from confronting one of the few adversaries bigger and stronger than them.

The Australian Liberal Government is less accustomed and far less equipped for such a fight. The obvious demerits of the bill notwithstanding, their attempt to regulate the tech platforms at all is commendable. But they were unprepared for Facebook’s burn-it-down response, despite repeated warnings that this is exactly what they would do should the bill become law. Facebook simply does not need news. The reality of the conflict couldn’t have been more perfectly demonstrated than in the response to Facebook’s news ban. Not one organisation even feigned relief that Facebook had stopped ‘stealing’ their valuable content, they all panicked at the loss of traffic.

Perhaps the government was lulled into complacency by Google’s greater willingness to comply. Treating Google and Facebook the same is a mistake they keep making.

The legislation does not target a practice or process. It targets Google and Facebook and treats them similarly. Though their financial model is similar—revenue through advertising targeted to users—the way they get there is very different.

The code requires Google and Facebook to notify news organisations of changes to the algorithms that determine how content is presented to users. These algorithms on the different platforms serve different purposes. Facebook serves a feed of content primarily based on a user’s previous behaviour, Google serves content primarily in response to a query from the user. This may give some insight into the different responses by the two platforms. News is more relevant to a user actively seeking an answer to their own question than it is to someone passively doomscrolling. A sensational story with a tenuous link to reality that fires up a comments thread is much better for Facebook than a drier straight news story. The Daily Mail and Sky News after dark give Facebook far greater value than the ABC. Facebook rewards controversy, Google rewards currency, and maybe even accuracy, at least a bit. It is significant that Google’s most spectacular public failures were born of attempts to muscle in on the space occupied by Facebook and other social media platforms.

Despite an early PR push to undermine the bill, in which they used their platforms to appeal directly to users, warning that the very fabric of the free and open internet was under threat, Google has since played along.

The absurdity of Google championing a free and open internet is on a level with this government espousing the virtues of a diverse media landscape. Google is the internet for billions of people. The Google search homepage on their Google Chrome browser that they use to access their Google GMail is part of a set of interconnected services all working to accumulate data to more effectively target advertising for people paying Google. The launch of their news aggregation service couldn’t have been more perfectly timed. Google News Showcase is one more piece to ensure that users stay within the Google ecosystem. A comparatively small sum to placate the media companies is a sound investment. It turns the risk of a global precedent into another opportunity, and it gives Google access to the content to present to users within the confines of Google’s platform. Google’s revenue is only threatened when people step outside that network. The number one search term that takes users away from Google? ‘Facebook’.

Like every mass communications medium that came before it, the internet has entered a phase of corporate dominance and consolidation, following a period of freewheeling experimentation and innovation. And just as each medium has threatened the established order of the one that came before, the legacy players are once again using everything in their power to limit their losses.

The level of power and control the tech giants have is unprecedented. Limiting the damage they do is going to make for some uncomfortable alliances. Yet what was a rare opportunity has been squandered with this legislation. Google manoeuvred through and strengthened their position, Facebook proceeded on like its CEO, emotionless and unblinking, and took what they wanted. And news companies in Australia will get a few million reasons to let the predatory advertising model continue on unimpeded.

This debacle is the inevitable result of successive governments’ failure to address both the massive shift in power to tech companies—and their failure to regulate and tax them appropriately, and the concentration of media ownership in Australia, amongst the very worst in the world.There is a lot of damage to undo. We urgently need to regulate and tax the tech companies. Australians need proper privacy protections that shield them from the worst of the tech companies’ manipulation. We need to adequately support journalism in the public interest and a diverse media landscape. We need to combat the rampant rise of online disinformation. The Greens have long championed such reforms. This legislation does none of that, but maybe, just maybe, at last there is some appetite in government and opposition to get on board and do more in future.