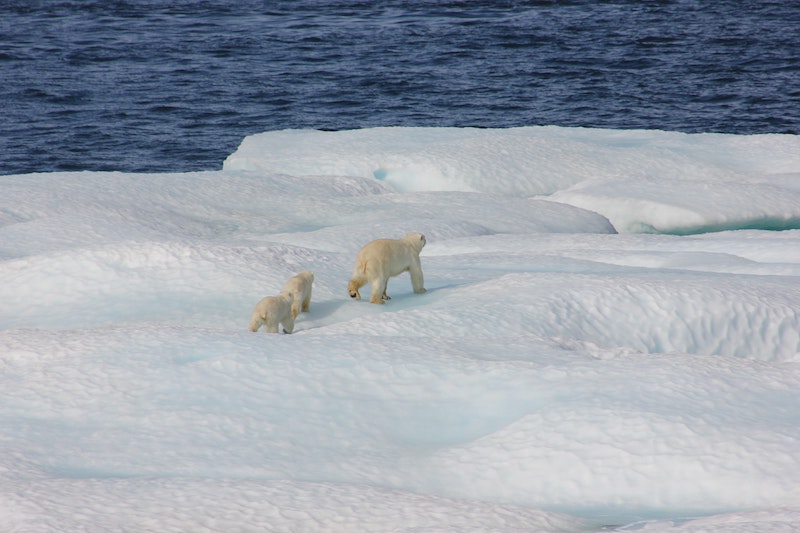 We have been hoping for so long, are we ready now the moment has arrived?

I attended my first climate COP in Buenos Aires in 1998. It was COPIV. My last was COP 21 in Paris in 2015. The world was celebrating because a global agreement to restrict global warming to less than 2 degrees, and to pursue 1.5 degrees, had been reached. But many of us who had lived and breathed climate politics for decades were less than optimistic that real progress would be made in the limited time left for global emissions to peak and begin to come down, because the Paris Agreement was underpinned by national sovereignty. Nations signed up because they knew they would only have to do what they determined was politically possible (known as Nationally Determined Contributions) not what the science required.

History shows we were right to be sceptical. After a lot of what Greta Thunberg describes as ‘blah, blah, blah’,  global warming has accelerated in the six years since. We are now closer, if not beyond, Earth system tipping points from glacial melt, to thawing permafrost, to the slowing of the thermohaline conveyor to Greenland, Arctic and Antarctic ice disintegration. Yet I remain optimistic, even a little bit excited, that the revolution we need in the human mindset is happening right now.

Italian philosopher Antonio Gramsci once spoke of ‘pessimism of the intellect and optimism of the will’ and that is what has driven climate scientists  and activists to keep on campaigning in the hope that at some point, in spite of the lack of political will, human kind will wake up to itself. We have all hoped that something would fall out of the sky in time to prevent things getting worse and I think it has.

Piece by piece, little by little, aided by the Earth’s screams with extreme weather events, extinctions and the Covid pandemic and articulated by the IPCC and the groundswell of globally connected young people prepared to speak truth to power, we have right at this moment, as the world comes together in Glasgow for COP26, a global reality check.  Stop for a moment and breathe it in. Get excited. This tipping point of the human intellect is what we have been hoping and campaigning for. The tables have just turned. Pessimism of the intellect and its associated anxiety and resignation has just become determined optimism of both the intellect and the will. Resistance is in the air.  It is time for all of us to redouble our efforts and get our feet on the street, our hands in the dirt, our bodies in Parliaments, boardrooms and courtrooms and our ticks on the ballot papers.

In politics, corporations, communities and households across every culture, ethnicity and nationality, people have recognised that the game is up, the bullshit has to end. Some are panicking and others are rapidly repositioning but they all know the global community will no longer put up with being lied to, bought off and pacified by denial, obfuscation and delay at the behest of the fossil fuel industry. Even the Murdoch media, the Australian Business Council, and the Liberal National Party Coalition in Australia have sniffed the breeze and have undertaken a greenwash defensive position, but it is too late. They have driven a lack of confidence in politics and that will now ricochet. From triumphantly mocking climate science in headlines and waving around lumps of coal in  the Australian Parliament, they are in retreat and are being mocked from billboards the world over from Times Square, to Glasgow and everywhere in between. The mighty are falling in Australia and around the world, from governments to coal and gas tycoons to media barons, the pedestals are being torn down. For those of us who have worked for this moment, the key is to recognise it, grab it and drive it hard. Now is not the time for triumphalism but neither is it the time for the faint hearted and time stealing compromises.

The complete lack of confidence in traditional politics they have created in the UK, USA, Canada and Australia provides a huge opportunity to reclaim and rethink democracy as government in the public, not the corporate interest.  Transparency and accountability is being demanded and corruption scorned. The climate and biodiversity emergencies have shown ever expanding economic growth is beyond the Earth’s finite limits but what are we pitching to replace it?

Neoliberalism is on the nose.People have moved on and are ready to take matters into their own hands through politics, organising on the streets, in boardrooms and in the courts. When the planetary marauders are in retreat, it is not the time for incremental adjustment.    Parties like the Greens need to grasp this moment and be bold in outlining a vision for rapid societal transformation, setting high levels of ambition for climate, for biodiversity, for integrity in public life and business, and for compassion. What are our timelines for the shut down of coal fired power stations, for an end to diesel and petrol vehicles, for ending native forest logging and for pumping billions of dollars into ecosystem restoration?

With advancements in renewable energy and communications technology, we have all the technology we need right now. We can electrify and connect everything and everyone. There are no limits to what we can achieve if we now organise and stand up. We can transform our way of life, our cities, our transport and our manufacturing and our food systems. With justice and compassion we can achieve the Sustainable Development Goals and address the sixth wave of extinction. With public funds being no restriction to action in a Covid pandemic, we now know we can rethink economics and government spending. The traces have been kicked over, we are now in the race to design our own future in a proactive way instead of passively accepting decline. I am loving seeing those who said it could never be done being told to get out of the way. How hopeful is that?

At the same time the United Nations has declared the UN Decade on Ecosystem Restoration and the Biodiversity COP15 has proposed a strong post 2020 framework to address species extinction and to build resilience  in ecosystems in the face of global warming.   This is a huge leap forward for the planet and for climate justice.  Biodiversity and global warming are two sides of the same coin. It is not a climate solution if it destroys biodiversity. It is not a climate solution if it becomes yet another wave of colonialism displacing indigenous people. This is a huge red light to those corporations who invest in renewable energy simply to profiteer with no consideration of people or the environment. The Grand Inga 3 hydro scheme in the Democratic Republic of the Congo for example. But it is a climate solution if we invest in appropriate scale renewable energy and the protection and restoration of ecosystems in partnership with those who live in them.

I am excited by the idea of people the world over getting their hands in the soil and giving something back to Nature. It is giving hope to young people who have only ever known global warming and ecosystem decline. Whilst developing countries benefit from the rollout of renewable energy and new technologies, restoring river systems and soils that produce food and water  and protecting and restoring marine and terrestrial environments, nourish people’s bodies and souls. It is climate justice in action.

With this radical shift in global mindset and economics with renewable energy technologies with storage now cheaper than fossil fuels, the state parties in Glasgow need to recognise that more cheating and loopholes in the rules governing carbon accounting and markets will not be tolerated. The decades of ‘offsetting’ fossil fuel emissions as a ‘get out of jail free’ card to extend the life of the coal, gas and oil industries is at an end. The proposed  Fossil Fuel Non Proliferation Treaty is exactly what is needed to compliment the Paris Agreement with a vigorous push to  keep fossil fuel reserves in the ground. It is hope in action.

Machiavelli said in the 16th Century:

”It must be considered that there is nothing more difficult to carry out nor more doubtful of success nor more dangerous to handle than to initiate a new order of things; for the reformer has enemies in all those who profit by the old order, and only lukewarm defenders in all those who would profit by the new order; this lukewarmness arising partly from the incredulity of mankind who does not truly believe in anything new until they actually have experience of it.”

After decades of lukewarmness, humankind has experienced the climate and biodiversity emergencies and finally sees how we can all not only survive but benefit from the new order powered by human ingenuity, renewable energy and ecosystem restoration. The lukewarm defenders have now joined the reformers and there is no turning back.  The profiteers of the old order are on the run. There is no stopping us now.