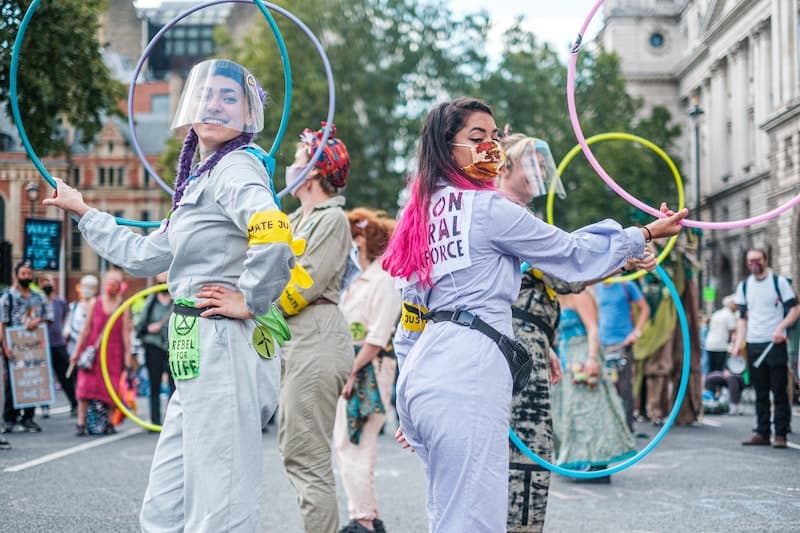 I will never forget the first protest I attended. It was 2002 and George Bush, Tony Blair and John Howard were gearing up to go to war in Iraq. So was the movement of people around the world to oppose the invasion. I was still in high school, but a few friends and I organised to get leave from school at lunch time – our school even let us advertise it to other students. At that point of time the protest was small, but you could feel the energy building. In early 2003 millions of people took to the streets around the world. While we didn’t stop the war, which proved to be just as catastrophic as many predicted, those protests were important. Through taking to the streets millions of people declared their dissent, taking away much of the social licence for the war and, in turn, impacting how it, and the people behind it, have been perceived for the decades since. I feel like they have influenced the discussion on war and interventionism ever since – a pretty important legacy.

Despite this though, I have to admit that since then I’ve had a patchy relationship with protests. Sometimes, protests are brimming with energy – creating a real sense that we are changing things by being on the streets. I’ve been at protests – such as the one at the 2009 Copenhagen climate conference – with over 100,000 people, and in those moments I often feel like we can change anything. Yet, on the other side of the ledger, sometimes I’ve attended protests where it feels like the number of speakers exceeds the attendees. Sometimes I’m critical of movements and organisations that immediately turn to protests, even though it may not be the best strategy at the time.

Despite this though, I always admire the courage of those taking to the streets to voice their dissent. In the world we live in it takes bravery to stand up and say “no”. However, facing growing inequality, runaway climate change, and an emboldened far right, it is so important that people do this. Yet, at the same time, we also need to always be thinking about how to enact our dissent effectively – how to force the change we need. We need to be constantly studying our history, our successes and failures, and the current power structures in our society – all to better develop a strategy for dissent.

This edition of Green Agenda examines all the nuance of what it means to dissent. Our articles, from a broad range of activists, academics, artists and writers, look at the history of dissent in progressive politics, the challenges facing our movement, and engage in the important debate about how we should go about our dissent.

Discover all the nuance of what it means to dissent. Our authors look at the history of dissent in progressive politics, the challenges facing our movement, and engage in an important debate about how we should go about our dissent.

We start with an excellent interview with Greens Senator Mehreen Faruqi, who has just released her book Too Migrant, Too Muslim, Too Loud. In the interview I talk to Mehreen about what it is like to dissent as a political outsider, and why as a migrant, Muslim, loud woman she receives so much abuse for what she says. Arrernte woman, unionist, feminist, and Greens candidate for Cooper Celeste Liddle uses her own experiences for dissent to argue against encroaches on our civil rights, including the use of policing as a response to the COVID-19 pandemic. John Van Der Velden examines how the liberal democratic capitalist state is inherently antagonistic to dissent, addressing the ways in which we can overcome this, while Bruce Knobloch examines the importance of strikes in the fight for worker’s rights, and why we should be fighting to get this right back. Tammy Milne examines what it’s like to be a person with disability who dissents, and the large amount of work we still need to do to address structural inequality for people with disabilities. Vivienne Glance examines the challenges of being a dissenter in the arts, particularly in a sector that increasingly relies on funding from organisations such as the fossil fuel industry. We’ve also re-published an excellent article from Heba Al Adawy who looks at dis-settling critique in the academy. Finally, Green Institute Director Tim Hollo pokes fun at the arguments often used against activists for their dissent – suggesting that maybe it’s not actually about how we do it, but that those in power don’t ever want to address the issues we’re raising.

Dissent is such an important part of a successful social movement. Without it we will never change the world. As you think about your next dissenting act, keep some of these articles in mind. They may help guide us to making our dissent more powerful and effective into the future.