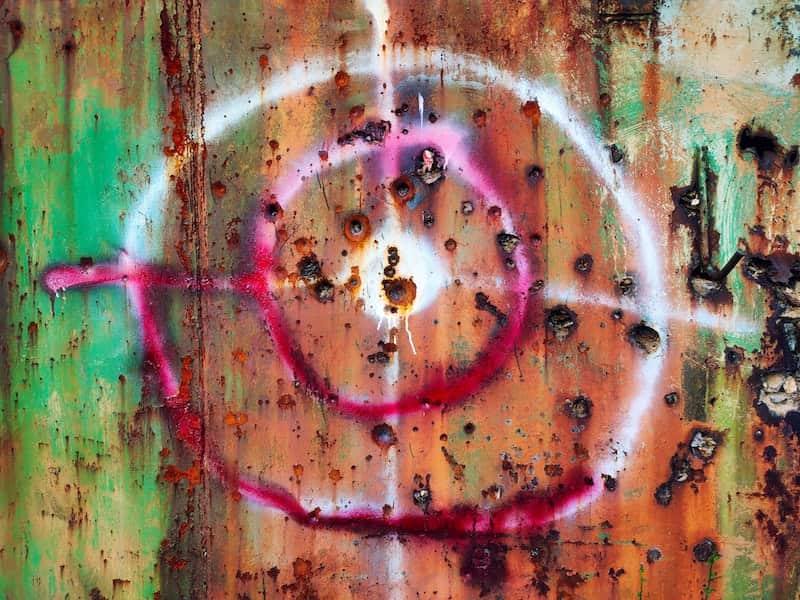 “What’s the most dangerous place you’ve ever been?”

People often ask me this question, curious because of my work. I’m a researcher and a practitioner in the protection of civilians from violence, and I have spent time in war zones and refugee camps and neighbourhoods with high rates of gun violence. At the moment, I live and work in South Sudan.

I hate the embedded presumptions around what danger and insecurity look like in that question. Those asking most often want to hear about South Sudan or Myanmar or Beirut – where, yes, there are guns and unexploded ordnance and many stern-looking police and military personnel with lots of questions. These places can be extremely dangerous – especially if you are a local human rights activist, or a targeted ethnic minority, or LGBTIQ, or a woman. Less so if you are – as I am – a white woman with the institutional and political backing of a Western passport, an Australian university, and an international humanitarian organisation.

Normally, in response, I say the United States. The Movement for Black Lives has worked tirelessly to highlight the violence experienced by Black men, women and kids at the hands of the state – the fatal consequences of the ‘security’ apparatus that is the police force. Though again, my own privileged positionality means I experience ‘danger’ in the United States differently, it is also often where I have felt most insecure. Especially in crowds, the ever-present possibility of mass shooting events hovers in the background like static. I also say the United States because I don’t like confirming racist suspicions and stereotypes of ‘Africa’ and the Global South as insecure and dangerous.

But the United States also feels insecure for other reasons. Security isn’t just about who is armed, or the brutality of police. It’s also about how much it costs to go to the doctor, whether or not you can pay your rent, whether or not you have a safe place to sleep, a protected minimum wage, being able to find a job at all. For many people in the United States and elsewhere, this safety net does not exist.

What about Australia? The pandemic has made more acute the myriad ways in which Australia was already a place of insecurity for many. Since invasion, colonisation has destroyed the livelihoods and safety of Aboriginal and Torres Strait Islander communities. The state continues this legacy by criminalising Blak people, jailing them, and then remaining silent and impassive as people – to date, 476 – die in custody. In Greens Senator Lidia Thorpe’s words, “What kind of country asks that its First Peoples bear this kind of pain and trauma? What kind of government refuses to act in the face of this kind of crisis? Our grief is constant. It is never-ending.”

Amid the pandemic, particularly with the cancellation and reduction of unemployment assistance, many continue to struggle with poverty and its consequences. Access to safe housing, to healthy food, to medical care, to work – to access an experience of living that is more than just ‘bare life’, in Agamben’s words – is not guaranteed in Australia. Life becomes constantly insecure.

Australia’s borders have long been justified in the name of national security, and weaponised against those seeking safety and reunion in Australia. In the name of national security, Australia has committed countless abuses of human rights against asylum seekers and refugees. In perhaps a predictable extension of this border violence, the pandemic has also spurred a crystallisation of the border now felt more acutely by Australians themselves. After making the difficult decision to leave late last year after 6-months of unemployment and separation from my partner in the United States, my heart is still in my throat because I know that if anything happens to me or my family, there is no easy pathway back. Again, for many, experiences of separation and the impermeable Australian border long pre-date the pandemic.

Like insecurity, safety can also look like many different things. My South Sudanese colleagues and friends have demonstrated what it means to create security through community and connection – even in the midst of civil war. I work with teams of women and youth who, in the absence of a protective state, have mobilised their own unarmed civilian protection teams. They disseminate safety information, conduct safety meetings, provide protective accompaniment to those in need, and mediate community conflict. Though the notion of working in South Sudan sparks fear for many, I don’t often feel unsafe here. I have a team of colleagues who treat me like family, stable work, a home, and a network of people I know care deeply about my welfare.

My point is not that South Sudan is free of fear and insecurity – as I note above, that is not the case for many, particularly its own citizens. But I do want to highlight that security and safety can look like many different things, and it is often not where, or how, or what we presume and expect.

Conventional ideas about security try to convince us that force, coercion and threat are the only means of control and of achieving policy and political outcomes. It hands power to police and militaries, without considering the myriad ways in which these powers are used to create insecurity for so many. Its narrowed focus overlooks other kinds of threats to security – climate change, the patriarchy, the threat of racism. It asks us to overlook how oppression destroys trust in one another and makes us less safe.

In this edition of Green Agenda, we’re asking how we can and must reconceive security and insecurity, and what political and policy opportunities can open when we shift away from the carceral frame of reference so common to our public discourse and politics. Kristen Lyons considers how, far from creating a secure climate future for people and the planet, policies like carbon offset – designed for and by polluting industries themselves – are delaying action on climate change. We welcome back David Paris, a regular contributor to Green Agenda, who considers how the Government’s internet and data policies are making us all less safe. Joel Pringle walks us through the disaster that is widespread insecure housing in Australia, and how this exacerbates health and financial vulnerability. Considering how Australia’s national security policies have actually made people less safe, Alex Edney-Brown examines the links between Australia’s crimes in Afghanistan and racism and inequality at home. Emma Davidson, one of the 6 Greens MPs in the ACT Parliament, writes about how Covid-19 – and the Government’s policies to control it – have made women less safe. And finally, I speak with former Greens Senator, now author, Scott Ludlam about his new book, Full Circle about solidarity as a form of security.

This edition of Green Agenda questions the assumptions often made about what security is. The pieces in this edition offer an alternative vision for creating security. Moving away from hard borders and arms, they ask us to consider instead decarbonisation of the economy, privacy online, decolonisation, disarmament, as security. They point to the safety that can be born of solidarity, of trust, of mutual aid. Of minimum wages, accessible housing, and accessibility of health services. These are the policies and actions that create real security.