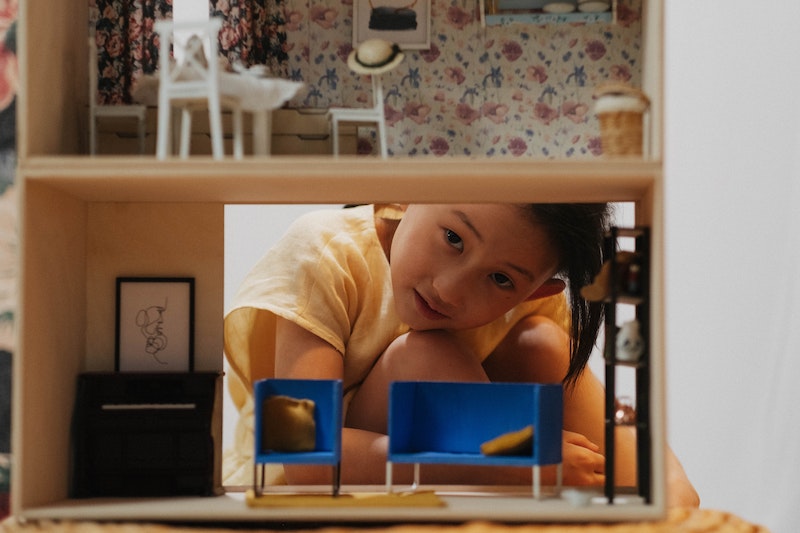 In the six years I was in the flat, my rent had risen from $300 to $415 a week. Some of this reflected the market, but increasingly the condition of the flat did not reflect the rent…

After three months of soggy and ruined food, I finally asked for a rent reduction. No response.

So, I asked for compensation. No response.

Then, a termination notice.

These experiences, outlined in a recent article in the Newcastle Herald by Sinead Francis-Coan, a Green candidate for the upcoming City of Newcastle elections, highlight how insecure housing, combined with a landlord’s refusals to make basic repairs to rental furnishings, can impact on other areas of personal security: including financial, health and stability.

Insecure housing is the penultimate result of an absence of affordability – for renters or aspiring first home buyers – and weak tenancy protections. It has impacts across all age groups, with recent research from Mission Australia finding that 1 in 6 young people have experienced homelessness, and the Fix Pension Poverty campaign showing that being a private renter is the single biggest factor in Age Pension recipients experiencing poverty.

When housing insecurity deepens, the result is various forms of homelessness. Given the gendered inequality in incomes and retirement savings, it should be of little surprise that older women are the fastest growing group seeking support from homelessness services, with a 55% increase of women aged 55-74 over ten years requesting help.

Australia, we have a problem. And – in spite of what you might read elsewhere – it’s a problem that is getting worse.

If we allowed ourselves a blinkered and superficial glance, just prior to the onset of the COVID-19 crisis and for a period after, housing affordability might have looked pretty good to the casual observer. A number of seasoned commentators were claiming the same, though not without an agenda of downplaying the need for reform.

At the time, budding first home-owners were benefiting from a multi-year retreat of investors, which could be traced in part to tighter macroprudential controls intended to insure financial system security, but as a by-product limited the supply of cheap money that investors could access cash from banks. This lessened competition and kept prices relatively stable around the 2017 national average.

Renters came into a period of perhaps unprecedented housing security, with emergency measures rushed into place to ensure security of tenure during the crisis, alongside huge increases in the incomes of many of the most financially constrained renters. This was in the form of a supplement effectively doubling the base rate of the restyled Jobseeker payment, plus much more moderate one-off cash payment to pension recipients.

Good fortune can too often be fleeting, and so it proved again. Rental protections were of varying quality across jurisdictions, and delinquent landlords found that they could ignore them with little actual penalty. Some landlords seemed so dumbfounded to be carrying a basic standard of liability for protections found in any other consumer agreement that they assumed it couldn’t apply in their case. A more cynical view was that even in a crisis, and in spite of their recognition of the looming social risk, state governments were unwilling to implement tenancy protections that could actually be enforced.

Similarly fleeting were the meaningful increases to Jobseeker payments. Just as the Commonwealth  Government provided itself with evidence that they could resolve financial distress and resulting hardships through a simple budget allocation, they decided not to.

Corresponding with moderating house prices leading up to this period, average rents in June 2020 were about the same as June 2017. And yet, the 2020 Rental Affordability Index produced by National Shelter and SGS Economics found that even with the Jobseeker Supplement and moderate rent increases, Jobseeker recipients faced unaffordable rents in most metropolitan areas across Australia.

And since that report was released, as we can recognise from the panting headlines of our major metro newspapers, house prices have skyrocketed. Even with a population shrinking through the loss of migration and international students, inner city rents have somehow held up.

The impacts on our cities of the ‘flee to the coast and country’ have been overstated, but the relative impact on regional towns has been disastrous. Look behind the glittering price increases in holiday homes and you’ll find stories of locals priced out of the regions relied upon for access to decent employment.

A page or two behind the real estate take-over of the mainstream newspaper front pages, the personal impacts of housing stress, insecurity and homelessness are being documented. The New Daily reported in December that in spite of rents moderating slightly nationally during the pandemic, too many Australians are still experiencing moderate to extreme rental stress. In early May the Sydney Morning Herald reported on a regional rental shortage in which tenants are being forced to apply for properties not only unseen, but without even being allowed to view the properties.

News.com.au reported on the value of loans to investors overtaking first home-buyers in May, and first home buyers subsequently dropping out of the market. Weeks laters, realestate.com.au noted the increases in the size of deposits required by renters hoping to become first home buyers due to booming prices.

Elsewhere, the blog of the Tenants Union of NSW recalled Amanda’s story, seeking protection of the police from her landlord and facing an illegal eviction at the beginning of the pandemic. Lois Towart and Kristian Ruming recently wrote in The Conversation about how increasing housing costs is pushing retirees into more marginal housing types in hazard-affected locations, including flood prone sites.

Reporting on the 2021 Anglicare Rental Affordability Snapshot, 9News noted that just 0.3% of rentals are affordable for Disability Support Pension recipients, and none for recipients of Youth Allowance.

There’s a simple equation to fix this: incomes must be adequate to either pay rent or service a mortgage. For too many people, their incomes are too low, and rents and house prices are too high. The 2021 Report on Government Services stated that 50.2% of low income households are experiencing housing stress, and that figure had barely changed in ten years.

In the face of this failure, Governments must intervene by looking at either or both sides of this equation, addressing income inadequacy (including income support through the welfare system) or rents (most simply through direct, subsidised housing provision). This can look somewhat different for homeownership, where the competition between owners and investors, and investors’ access to cheap debt and tax advantages, become more urgent priorities.

If the politics were as simple though, we wouldn’t be experiencing the current housing crisis. As is the Australian way, instead of addressing the crisis directly we’ve thrown a myriad of complex policies driven by unnecessarily bureaucratic targeting and incomprehensible governance arrangements to contrive something resembling a market design.

The progressive side of politics has, to a greater or lesser degree, taken its queues from the community sector. The community sector has largely united behind the platform of the Everybody’s Home campaign (and earlier iterations), which could be paraphrased as:

In the lead up to the 2019 Federal election, the ALP carried a platform that mirrored the tax reform goals of the community sector. Claiming that they could simultaneously fix the housing market and generate revenue to ‘fix the budget’, the Shorten opposition promised major changes to negative gearing and the capital gains tax discount. It should not be taken for granted that the Opposition were willing to take on one of the ‘holy cows’ of Australian politics, and unfortunately in their loss we may have seen new myths created about what is and isn’t fair ground for the political contest over tax reform. As of writing, the current Opposition leader has not committed to maintaining these policies.

Traditionally, the Greens’ housing platform has largely mirrored that of the community sector. As reflected in The Greens 2019 Federal Election platform on housing, ‘A Home For All’, this means significantly increasing the supply of social housing (more than doubling the current number of dwellings), reducing the tax advantages available to investors, strengthening tenancy rights and protections and increasing funding for emergency accommodation.

Recent Greens policy developments have been more stridently framed, likely reflecting the increasing influence of left wing activists within various State branches of the party. Current proposals include a form of universal basic income (or variant) alongside a universal housing guarantee. A universal housing guarantee is proposed in the form of a rights based offer to housing, but the delivery of this in practice remains consistent with the Greens’ ‘A Home for All’ platform.

One change seems to be a question over whether there remains support for boosting the incomes of low income renters through Commonwealth Rent Assistance. Since income recipients of all kinds are demonstrably worse off if they are stuck in private rent, it is reassuring that Greens Spokesperson on Housing, Dr Mehreen Faruqi, is on the record speaking to Parliament about the need to increase Commonwealth Rent Assistance.

But short of a political strategy to deliver major changes in the short term, the progressive side of politics is left with a suite of housing policies that reflect what housing advocates consider ‘winnable’. Winnable in this instance might be kindly interpreted as meaning what a Labor Government might be pushed towards maybe considering, if only they could form government.

And yet… these winnable asks have been the same winnable asks since I was involved in the Australians for Affordable Housing campaign in the lead up to the 2013 Federal election, and prior to that before. Apparently when you change the government, you change the country, but we’re onto our fifth Prime Minister since that time and still calling for largely the same changes to the housing system.

The housing system is full of vested interest and the politics of change are diabolical. Around two-thirds of Australians own their home in part or full, and so their wealth increases along with house prices. Around 20% of Australian households own an investment property, but more than 88,000 households own more than four investment properties (not including the house that they live in). These are VERY high wealth households that have a lot of exposure to house prices.

Even the average household has much of their wealth tied to residential housing, either through owning the house they live in, as investors or indirectly through superannuation system. Our financial sector is highly, and even still increasingly, reliant on the residential housing market. The factors that increase house prices also flow into increased rents over time.

We have to address the challenge that by the very design of our housing system, the minority of the population benefits from the misery foisted upon a majority. A very wealthy minority benefit even more. Those with housing benefit at the expense of those who don’t. That can be an intergenerational problem (who got in first?), but it’s mostly a matter of where you sit on the income and wealth ladders.

The dynamics of the problem have proven remarkably resilient, outlasting numerous crises. But given the centrality of housing to personal security, it’s incumbent upon us who value a system that delivers for all in society to find a path through. In the face of an intractable policy and political debate, we need to be asking whether we’ve properly understood the barriers to change.