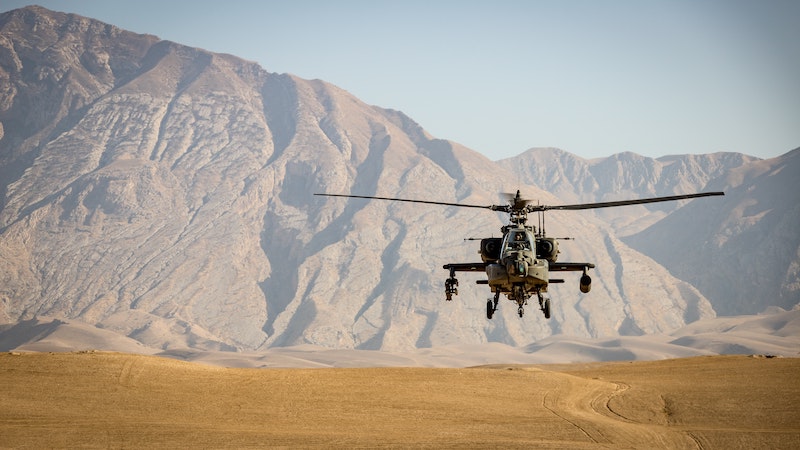 Content warning: This article provides details of violence that readers may find distressing.

Aboriginal and Torres Strait Islander readers are advised that some of the hyperlinks contain the names and photographs of people who have died.

On July 11 2017, ABC journalists Dan Oakes and Sam Clark published ‘The Afghan Files’, a series of investigative stories that detailed the deeply troubling and possibly unlawful actions of Australia’s Special Air Service (SAS) in Afghanistan between 2009-2013. These actions  included the killing of a 14-year-old boy, Khan Mohammed, and the subsequent cover-up of his death; the shooting of a civilian man and his 6-year-old son, Bismillah and Sadiqullah Azadi, while they were sleeping; and the killing of a Taliban detainee while in Australian SAS custody in direct contravention of the Geneva Conventions. The Files also rereported an earlier ABC story from 2013 about the severing of dead enemy combatants’ hands, adding the information that the hands were not severed out of military necessity for fingerprinting as earlier claimed – yet another allegation that the SAS had violated the Geneva Conventions, as the mutilation or mistreatment of the bodies of the dead is legally prohibited.

In 2019, the Australian Federal Police (AFP) charged military lawyer David McBride with leaking classified information to the ABC; requested the fingerprints and palm prints of journalists Dan Oakes and Sam Clark; and raided the ABC’s headquarters in Sydney to scour through the emails and documents of the journalists, particularly those belonging to Oakes.

The AFP’s crackdown on the journalists and the whistleblower behind the ‘Afghan Files’ led one New York Times journalist to dub Australia “the world’s most secretive democracy”. Through its actions, the AFP had sent a clear message to the Australian media that reporting on the SAS’s actions in Afghanistan would be treated as a potential criminal offence that, alarmingly, would undermine Australia’s national security.

The Australian SAS’s alleged war crimes in Afghanistan, and the AFP’s intimidating attempts to silence reporting on them, reveals salient truths about the relationship between (in)security at home and in Afghanistan. Australian foreign policy and our military engagements overseas are strongly shaped by the social and political status quo within Australia and must be recognised as such. Australia has a long history of inflicting insecurity on racial ‘others’ through state sanctioned violence, all the while attempting to uphold its reputation and image as a secure, liberal democracy to its mostly white citizenry.

When the heavily redacted Brereton Inquiry was released to the public late last year, it confirmed what Oakes and Clark at the ABC had reported: there is strong evidential basis that the SAS had acted unlawfully in Afghanistan. The Inquiry was met with public outcry. For some segments of the Australian public, the war crimes documented in the Inquiry were “UnAustralian” and flew in the face of so-called Australian values. Others, however, deemed the Inquiry itself “UnAustralian”, decrying that the SAS had been being publicly described as a group of war criminals before due process. These vocal critics missed the point that Justice Paul Brereton conducted the Inquiry to evaluate evidence and determine probability that the SAS’s actions were unlawful, concluding that this probability was high.

The Inquiry found there is credible information that 39 Afghan people – all civilians and prisoners of war – were unlawfully killed by Australian SAS members. It detailed several practices that the SAS followed and normalised wherein SAS members wilfully misreported civilians they had killed as combatant deaths so as to avoid scrutiny of their actions. This included the practice of throwdowns, whereby troop commanders and soldiers carried weapons in their backpacks and planted them on dead civilians’ bodies. They then took fraudulent ‘sensitive site exploitation’ photographs of the bodies with the planted weapons to make the killings appear lawful and to avert questioning over their actions (IGADF 2020, p. 29).

It is clear from the Inquiry that the Australian SAS assumed Afghan civilians were Taliban members with minimal, if any, evidence, and used violence against them accordingly. The Inquiry states that the motivation of SAS commanders and their soldiers appears “to include element of an intention to ‘clear’ the battlefield of people believed to be insurgents regardless of the Law of Armed Conflict” and to “outscore other patrols in the number of enemies killed in action received” (2020, pp. 30-31). It details the SAS’s treatment of “squirters”, a dehumanising and sexualised term for an Afghan seen running away from the presence of Australian troops or an area of interest. The Inquiry further reports that the SAS soldiers worked with a “liberal interpretation of when a ‘squirter’ could be taken to be ‘directly participating in hostilities’” (2020, p. 35). That is to say, Australians liberally applied combatant status to the civilians they wanted to kill.

The violence used against alleged ‘spotters’ also warrants close attention. For example, the Inquiry details an event in 2006 where the SAS killed an unarmed man and justified this killing on the basis that the man was keeping lookout for the Taliban (2020, p. 68). The Inquiry recommends that there is “not a realistic prospect of a criminal investigation obtaining sufficient evidence to charge [name redacted] with a war crime in this matter” because it cannot be posthumously proven that the person was not a spotter for the Taliban or was not genuinely believed to be a spotter by the Australian responsible for the killing (2020, p. 68). There are several other cases of alleged spotters being killed by SAS members with no proof that they were keeping watch for the Taliban. If deciding someone’s guilt before due process is ‘UnAustralian’, one has to wonder why the Australian SAS were willing to kill several Afghans without identifying a weapon (or even a radio) on them. Justice looks very different depending on whether you’re a white Australian ‘hero’ or an Afghan.

Indeed when Afghan civilians dared to report the deaths of family and friends at the hands of Australians to the Australian Defence Force, they were met with “a presumption, not founded in evidence, to discount local national complaints as insurgent propaganda or motivated by a desire for compensation” (IGADF 2020, p. 34). The ADF’s Investigative Service assumed that the Afghan civilians were liars of the Taliban supporting or money seeking variety.

The ability of the SAS members to kill Afghan civilians without remorse, covering up their deaths, and to shoot unarmed prisoners at close range, is symptomatic of structural racism and Islamophobia in Australia. This ingrained racial discrimination sees brown Muslims degraded as lesser humans who are undeserving of the same human rights protections as white Australians. The ADF’s proclivity to disbelieve civilian victims of violence in Afghanistan and to discredit them as liars must also be viewed in this way. Why else is it that Afghan civilians were repeatedly disbelieved by Australian investigators other than their perceived association with greed, dishonesty or menace? Australian soldiers have also been photographed flying Nazi and Confederate flags in Afghanistan, providing further evidence that racism is a motivating factor.

Similar arguments were made at the time by Bobuq Sayed – an Afghan Australian who, pointing to structural racism and Islamophobia in Australia, wrote that “perhaps these war crimes in Afghanistan are not an exceptional lapse in judgement but the very character of Australia on display in full focus”. This was not received well by Daniel Wild, the research director at the conservative think tank Institute of Public Affairs, who lashed back that Sayed is “driven by animosity towards the Australian way of life and Australian values”.

What is and is not in the “Australian” character clearly has no consensus, but it cannot be denied that the SAS members who are alleged to have committed these war crimes are Australians and their lives in Australia have shaped their views of Afghans in relevant ways.

The relationship between the domestic and the international has been much studied by scholars and students of international relations. The concept of ‘martial politics’ originated in an attempt to understand settler colonial- and formerly colonial countries, in particular how their domestic histories and socio-political contexts shape their foreign policy. Alison Howell argues that the relationship state militaries have with civilian life at home is bi-directional. While we often hear that domestic politics and society is ‘militarised’ through the powerful influence of the military (universities, the police, popular culture, etc.), Howell contends that we do not sufficiently consider how domestic politics and society shapes the values and the actions of the military in their engagements overseas through normalising violence and exclusion – particularly towards racialised, Indigenous, queer, poor and disabled ‘others’. Victoria Basham has likewise described this process, referring to it as ‘liberal militarism’. Basham contends that within liberal states the use and expansion of military violence is normalised and justified as a solution to the problem of illiberal and so-called uncivilised states (and their citizens). Liberal militarism is popularly seen as “the solution to insecurity”, despite the violent consequences of this for people deemed uncivilised ‘others’ both abroad and at home (Basham 2018, p. 37).

It is therefore illuminating to consider what was happening domestically within Australia during the years Australia’s SAS was deployed in Afghanistan. In 2005, the Cronulla race riots saw large mobs of white Australians chase and severely beat men with ‘Middle Eastern’ or Muslim appearance. Over 270,000 text messages were sent in the days leading up to the riot, calling on ‘Aussies’ to support the “national Leb and wog [sic] bashing day”. Over this period, there have also been continued Aboriginal deaths in police custody for which there has been no justice. During 2008 to 2018, the Guardian Australia reported significant increases in Indigenous deaths in custody where Indigenous prisoners were denied crucial medical care. Even Indigenous children were not spared from violence. Between 2014 and 2016, Aboriginal children detained at Don Dale and other children’s prisons were subjected to the cruelest and most sickening forms of abuse by majority white guards, including the use of spit hoods and ‘hogtying’ (tying arms and legs behind the back), solitary confinement and sexual abuse.

Australian politicians at all levels have mainstreamed the racist views underlying this violence, with several Federal MPs giving speeches at anti-Muslim ‘Reclaim Australia’ rallies in 2015. The United Patriots Front’s ‘stop the mosque’ rallies across Australia, which protested against the building of the first mosque in Bendigo, had the support of Bendigo city councillor Julie Hoskin. The rhetoric and antics of senators Pauline Hanson, Jacqui Lambie (a former ADF soldier) and Fraser Anning have given racism and Islamophobia a platform in the halls of power and on prime time television. These individuals are often considered fringe in Australian politics, but the ‘moderate’ right and left are responsible for state sanctioned violence against racial others. The offshore detention of asylum seekers under the ‘Pacific Solution’ and ‘Operation Sovereign Borders’ were policies of the Liberal-National Coalition, and the former had cross-party support from the Australian Labour Party. We must put Australia’s socio-political climate under the spotlight when asking why the SAS behaved as they did in Afghanistan.

Shocked but not surprised

While the Australian state claims to protect and promote national and international security, the question remains ‘who is this security for?’. Displays of state sanctioned violence expose the fragility of that claim; from the actions of the SAS in Afghanistan, to the treatment of Indigenous Australians in custody, to the indefinite detention of asylum seekers. These violent acts reveal that security is only for some and often at the expense of ‘others’ – namely racial others to the white Australian ideal citizen.

Shock at Australian SAS war crimes in Afghanistan is understandable – the details and visual imagery provided in the news media have been horrific – but surprise reflects ignorance. Australian soldiers are products of the upbringing, education, and broader experiences they have had in Australia. It should not surprise us that some Australian soldiers have behaved towards Afghans with the same disregard for humanity as white Australians have towards Indigenous Australians, asylum seekers and migrant communities for years.