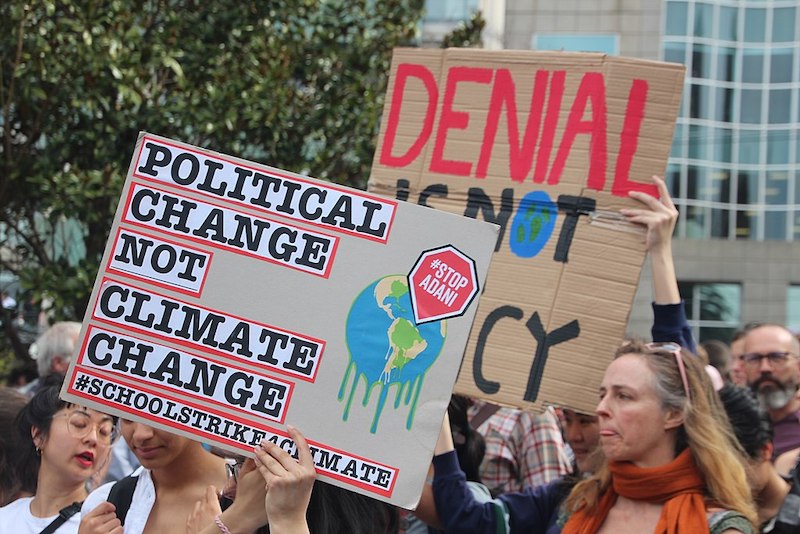 In the years that I was heavily involved in the Greens (around 2007 – 2013 or so), one debate dominated internally: should we be a party of protest or a party of Government? At the time, while there were some stalwarts who were committed to the former option, the latter was really becoming the dominant mode of operating. Particularly, with a growing base of both state and Federal MPs, many wanted to move away from our protest roots and to instead start acting more ‘seriously’. While being different policy wise, if we wanted success, the story went, we should present ourselves more like the big players. This is how people would take us seriously.

At the time, I largely agreed with this approach and played my own role in attempting to water down elements of our policy program, promote us as ‘serious’ players that could properly take on responsibilities like balance of power and encouraged engagement with mainstream media that played entirely by their rules. I had the idea that if we just played the game right then people would start to take us seriously as a party of Government.

That now was close to ten years ago and, on reflection, I think it was, and remains, a mistake. From the outside the Greens continue to seem to have this focus. In addition to some great policy announcements in the lead up to the next election for example, MPs are consistently talking about being in balance of power and why that is a good thing. There seems to be an ongoing focus on talking about the process of Government, often divorced from the outcomes of it, with balance of power being framed almost as a goal in and of itself.

I understand this. If the party wants to make change it needs to have power, and than means governing somewhat. Yet, despite the ongoing attempt to look like a party of Government the Greens remain stalled. After a high watermark vote in 2010, a year of protest against the then-Labor Gillard Government, the parties vote has stalled. We still only have one lower house MP (although numbers have increased in the states).

One explanation could be a mood that I have been observing over the past years that I think the Greens have not fully grasped: anti-politics. Anti-politics describes a growing mood of disenfranchisement amongst the voting population with the political class and the democratic system in general. Mete (2010: 39 – 40) defines anti-politics to be:

made up of the sum of the critical discussions, attitudes and actions directed against political actors and institutions by different individuals who in a variety of roles form part of the political community (political leaders, ordinary people, political militants, journalists, businessmen, exponents of civil society etc.). Anti-political criticism particularly focuses on political parties and professional politicians, who are accused of being corrupt, inefficient, parasitic, incapable, arrogant, open to bribery and remote from people’s needs.

These “critical discussions, attitudes and actions” are being realised through a broad and growing sense of political disenchantment amongst the general voting public in liberal democracies (Schedler, 1996; Hay, 2007; Mete, 2010; Mair, 2013; Clarke et al, 2016). Anti-politics is expressed in multiple ways, including the belief that politics is overtaken by vested interests, that politicians and other leaders of institutions cannot be trusted and, more broadly, that political and economic systems are fundamentally designed to work against ‘regular people’. Anti-politics can represent both genuine disenchantment as well as rhetorical tools used by ‘anti-politicians’ (i.e. Donald Trump, Boris Johnson, Pauline Hanson) for individual success (Humphrys and Tietze, 2015). Anti-political sentiment has been found to be growing across Europe (Mair, 2013), The United States and Australia (Humphrys, Copland and Mansillo, 2021), and has been theorised as a cause of some of the largest political events in recent history, including the election of Donald Trump and the British vote to leave the European Union.

While anti-political research has been focused heavily in the US and Europe, recent research I conducted with Elizabeth Humphrys and Luke Mansillo found a clear and growing anti-political trend in Australia. Recent decades have seen a growth in people voting for minor parties, a decrease in voter turnout, a growth in the rate of informal votes, and a decline in identification and membership with major parties. In addition to this, polling increasingly shows that people are disenchanted and distrusting of both politicians and the democratic system. Most worryingly have been polls that show a growing proportion of the population, particularly the young, who believe that a dictatorship could produce better results for the community than our current democratic system.

Let’s be very clear that this mood is not without merit. Politics and politicians are increasingly disconnected from the general public and this has shown in policies that further entrench the power of the rich and wealthy. Beyond this, the major parties in particular show an obsessive focus with internal politics, as has been shown by the revolving door of the Prime Ministership since the election of Kevin Rudd in 2007. While setting standards for the rest of the community, political leaders seem forever unable to meet them themselves. It is no wonder that people do not trust or believe in them.

It would be foolish to believe that the Greens do not get wrapped up in this sentiment. I do believe strongly that the Greens present something different from Labor and Liberal, particularly in regards to policies. Yet, the more the party attempts to act like the big players, the more they can become associated with them. It doesn’t help that we, like all other parties, have had our fair share of scandals and internal problems, all of which make us look just like everyone else.

It is this mood that raises challenges for the Greens. In the years that the Greens have expressed clear desire to be more ‘presentable’ and like a party of Government, people have increasingly turned away from this model. There are lessons here we should learn.

I am not suggesting that the Greens turn away from ‘governing’. Clearly governing, in some form, is important, particularly if we want to change our society. Yet, we have to be careful about making governing look like how it is done currently. I have worries about this. The territory where the Greens have been in Government the longest in Australia is my own home town of the ACT. As Caroline Le Coutier has shown in her article for this edition, however, this process has resulted in a continuous watering down of the party, both in terms of policies and our willingness to speak out on issues. In the ACT it is now the “Labor-Greens” Government, with the Greens being tied both to the successes and failures of the Labor Party. I think that was also the case in 2013 when the Greens were intrinsically linked to the Gillard Government and, in turn, suffered as she did when voters went to the ballot box.

This is a good example of how sometimes looking serious can actually makes us worse. In the ACT I strongly believe we are missing out on a real opportunity. The ALP has been in power since 2001 and I do believe there is a segment of the population that are tired of them. Yet, people are not turning toward the Liberals. By tying ourselves to the ALP so strongly, the Greens remain unable to properly differentiate ourselves and, in turn, capitalise on this sentiment. Even worse I think we are increasingly being tied to it, meaning that when there finally is a backlash (if it comes) it will hit both parties just as hard.

Here I am going to say something that will make many of you shudder, but I do think is important – the Greens could learn a lot from Donald Trump. I am not suggesting adopting his policies or his racist, sexist or homophobic rhetoric. But Trump succeeded through a willingness to say exactly what he believes without worrying about the consequences. This is something I believe the Greens increasingly fear doing. In my experience once they get elected many MPs get stuck in the bubble of Parliament, becoming consistently worried about the next media coverage, because that is all anyone in that house cares about. But in reality that coverage means very little. Media is just as distrusted as Government and has much less sway than people want to think. Even though I think he did it in a way that was highly corrosive this is what Trump understands. He was successful at bypassing these gatekeepers and instead deciding to dictate the narrative on his own. The Greens could learn from this – if you believe in it, say it, and the public will respect you for it.

The balance between protest and Government is hard, absolutely. But increasingly I worry that the Greens have gone too far in one direction, and that this is limiting the potential of the party. It is in fact possible to govern through protest, and this is something the party should adopt.