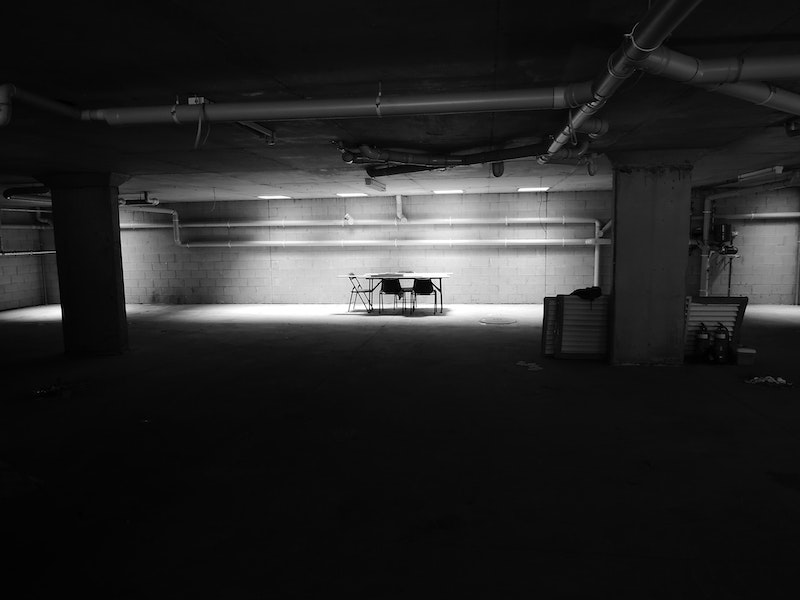 Lockdown in my household saw my partner and me working harder than ever, on endless Zoom meetings, frantically redesigning events and teaching for the online world, stuck in our home with two teenagers doing all their studying, socialising and extracurricular activities on video calls.

It was noisy and chaotic, and it pushed our bandwidth to the limit, both literally and metaphorically. But we managed ok. We’re among the lucky ones.

For many people, the Coronavirus outbreak and response has seen them lose some or all of their work. For others, the pandemic has put them in harm’s way in the course of their job, whether as medical professionals or in service industries. It’s brought the experience of precarity to a huge number of people, and pushed those already in precarious work closer to the edge, if not over it. For almost all of us, it’s brought dramatic changes to the way we work, making the previously unthinkable all too real, the previously impossible possible.

As much as anything else, amidst the tragedy, this moment gives us the opportunity to rethink the nature of work in our society. Instead of mouthing marketing slogans, we could challenge deeply held assumptions about how we work, for whose benefit, and why.

That’s why it’s so dispiriting to see Scott Morrison and his cheerleaders snapping back to tired old divisive rhetoric. This week’s attack on people for allegedly preferring to stay on income support instead of looking for a job comes hot on the heels of last week’s bizarre arts industry announcement, where the Prime Minister insisted that it was about supporting the (valuable) tradies who build sets rather than the (morally questionable?) creative artists themselves. The prejudices are blatant.

When Morrison says of the National Cabinet that “it will be driven by a singular agenda, and that is to create jobs. It will have a job-making agenda”, we are left in no doubt about the types of jobs he means.

The Morrison view of the world is fundamentally extractive. Legitimate work is that which extracts resources like coal, gas or timber, soil, animals or other humans, and turns them into wealth or physical property like buildings, roads and pre-packaged foods. Legitimate spaces of work are those in which humans are treated as a resource from which labour can be extracted to create wealth. Unfortunately, that’s a worldview which many of the left, captured not just by neoliberalism but by centuries of the Protestant work ethic, slowly shifting from the dignity of the working person to the dignity of work itself, also subscribe to.

But moments of crisis like this one enable us to challenge the political common sense and begin to shift the whole political ground.

Who are essential workers? Do we value them appropriately? How much of what the rest of us do as paid labour is necessary? Who gets to decide?

As we work at home and online, seeing each other’s pets, washing and bookshelves, home-schooling our children between meetings, where do the boundaries lie between the personal and the professional? What even counts as work? Why do we value (and pay) some of it but not other aspects?

And when paid labour evaporates, what happens? Fundamentally, if we cannot find paid work, should our society collectively give us the capacity to survive?

It’s no wonder that, in this context, there’s been so much discussion around alternative models, from shorter working weeks to Universal Basic Income to worker-owned cooperatives, which give people more control over their work lives. Each of these ideas, in their own way, can move us out of the extractive model where our life gets boiled down to what we can sell our labour for.

The time saved on commuting, and the way family life rubbed up against work life during lockdown, triggered conversations about how we might introduce a shorter working week for the same pay. Jacinda Ardern floating the idea certainly made a splash around the world, with much commentary about how it could make life easier, more meaningful and more fun. But, while this would absolutely create more space in our lives outside work and reduce the extent to which our labour value is extracted, it wouldn’t fundamentally change the extractive nature of the compulsion to work.

One way of doing that would be through a Universal Basic Income, and there’s been an explosion of interest in how that always controversial idea might enable a reinvention of our relationship with work. In a world where lockdowns may come and go for years and secure employment might be even harder to come by, a true, unconditional safety net, giving everyone what they need in order to survive (and taxing it back from the wealthy) is a tempting path.

What makes it even more attractive is how, by disentangling paid labour from the basic necessities of survival, it actually removes the extractive nature of work. In a recent Green Institute webinar, Guy Standing, globally famous for his writing on the “precariat” class, explained how that idea isn’t simply about uncertain work, but about the “supplicant” nature of employees, begging employers for work without which they can’t survive. With a UBI providing an economic floor, however, work can become a path each of us chooses in order to participate, as one part of how we find agency and meaning in our lives. By trusting each other as fellow citizens (in the broadest inclusive meaning of that word) to participate and contribute in appropriate ways, we broaden our understanding of valuable participation far beyond what is now considered paid labour, valuing caring and cultivating community connection.

A further deep shift, and surprisingly the least discussed during this crisis, would come from embracing worker- and user-owned cooperatives. The whole jobs discussion in our politics is framed around funding corporations to create jobs for grateful workers. What if, alongside a UBI and shorter working week, we actually enabled the community to take control of our working lives? Through cooperatives, we get to make the decisions in our workplaces collectively – what we do, for whom, and under what conditions. With cooperatives, the wealth isn’t extracted from the community and taken as profit elsewhere – it stays in the community, cycling around broadly among many more people. Importantly for a moment like this, coops tend to be far more resilient and adaptable to change than other enterprises – when the workers and users themselves make the decisions, they know what is needed and can make quick decisions to shift focus.

Of course, while we can make some progress in this direction swiftly, we also need to engage with how to make working life better for people through any transition. The role of a strong union movement is central here, and it’s been excellent to see reinvigorated, and more radical, advocacy and action from unions, especially in the tertiary education sector. The struggle for decent conditions and against the ever-increasing casualisation of workforces is critical. If even a decently regulated worker-employer relationship is extractive in nature, thanks to the coercion of the system it operates in, how much more extractive is it for casual or gig-economy workers? As we seek to remove that extractive relationship with ideas like UBI and cooperative ownership, shifting as many people as possible out of casual work and into protected agreements will be crucial.

In addition, while I certainly argue for us to decentre paid labour, that absolutely doesn’t mean we shouldn’t be focussing a huge effort in job creation. As many others have pointed out, we’re going to need a tremendous amount done to face up to the climate and ecological crisis. There will be jobs aplenty in renewable energy, housing retrofits, ecological restoration, not to speak of caring, teaching, urban food, and much more. Much of that will be paid work, and some non-paid participation, but all of it is valuable for our society.

Together, these kinds of shifts wouldn’t just make life better and easier for the great majority of people. They’d make our society and economy more resilient in the face of the next crisis that hits.

Instead of snapping back to the extractive model of work, it’s well past time we built a new, regenerative path.