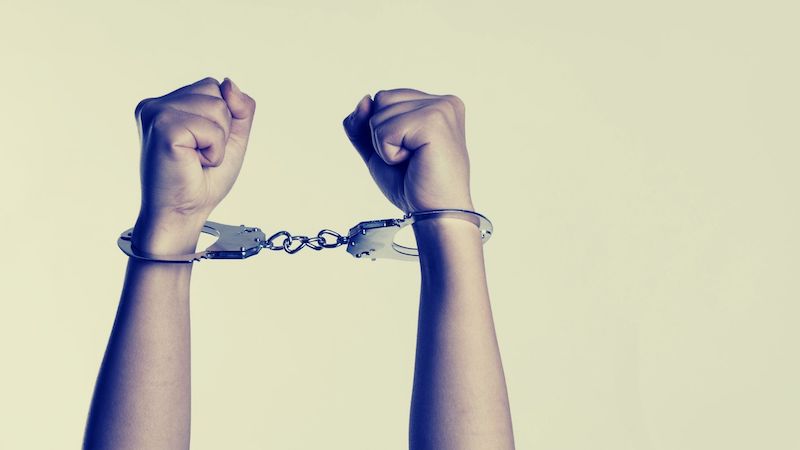 This was at the same time both unprecedented and unsurprising.

It was an extraordinary, aggressive and discriminatory use of the state’s coercive powers in a move that is entirely consistent with the Daniel Andrews’ government’s use of increasingly punitive bail laws or the introduction of anti-association laws for kids as young as 14 amidst the racist electioneering about African Gangs in 2018.

There has been strong condemnation from some sections of civil society, none more organised in their demands and grievances than the residents themselves who mobilised  ‘Voices from the Blocks’ to speak directly with the broader community about their experiences, their demands and their basic needs for survival.

But this condemnation has been largely limited to the ‘usual suspects’ – the targets of coercive state action, the community legal centres and Aboriginal Legal Services and social justice organisations who regularly butt heads with the weaponised state. I can only assume that this is because the use of police, military and punishment has become so ingrained in our national consciousness that while some may have found the lockdown confronting, they were prepared to accept it as necessary – notwithstanding the absence of evidence that this was the case.

There are many dangerous, unfounded myths that enable and perpetuate violent state intervention into the lives of unarmed communities, and those myths are being relied on heavily to justify the state’s use of force in response to this public health crisis. Let’s look at the evidence that refutes three of the favourites: that deterrence works, that punishment works, and that we need police to persuade people to do the right thing.

1. Deterrence does not work

The first myth is about deterrence. Across Australia we have seen state governments announce more and harsher penalties for breaches of Covid-19 public health orders. Punishment in Queensland has been ramped up from a $4000 fine for breaching border restrictions to maximum sentence of 6 months in prison. Penalties for wrongfully crossing over the border into NSW have skyrocketed to $11,000 or half a year in prison.

According to UNSW Law Emeritus Professor David Brown (and a wealth of research from other scholars) “deterrence is very largely an article of faith … I call it sentencing’s dirty secret because it’s just assumed that there is deterrence … but what the research shows is that the system has little to no deterrent effect.”

The research shows that people are influenced by the fear of ‘getting caught’ by police or authorities to some extent when they decide whether or not to engage in a prohibited activity. What doesn’t have any measurable impact at all is the severity of any criminal punishment that may follow getting caught. This is for a range of reasons. Many ‘crimes’ are committed in the heat of the moment, emotionally-fuelled or opportunistic and are not guided by rational risk-assessment. When someone shop-lifts a chocolate bar they are more concerned about the immediate risk of being caught by the store security guard than they are about the possible criminal penalty that might follow. Moreover, there are a range of social, economic and structural reasons why people may engage in illegal behaviour. It is not a stretch to imagine breaching a border restriction to visit your elderly parents if they have called you in distress saying they can’t cope, and you ‘feel sure’ that you do not have Covid-19 (whether that belief is based in fact, or otherwise).

So, if it doesn’t work, why do governments like Daniel Andrews’ (but also Berejiklian’s and Palaszczuk’s) focus so much on increasing the penalties for (perceived) wrongdoing? If these governments believe in evidence (as they say they do when it comes to things like medical advice for Covid-19 or the science behind climate change) then they know announcing harsher penalties will not stop people committing crime. The cynic in me can only conclude that they are making these announcements not to keep people safe, but to send a pointed political message. That message is two-fold. It’s a message that says the government is in control and has the situation in hand. It is designed to reassure people who are (understandably) afraid. The second is to appeal to  a voter base who believes in the myth of deterrence, and that the old, tired ‘tough on crime’ approach will keep them safe.

Which brings us to the second myth.

2. Punishment does not work

The myth that harsher punishments will reduce crime is the result of decades of bipartisan fear-mongering and ‘tough on crime’ electioneering that has seen Australia’s prison population boom and Aboriginal and Torres Strait Islander peoples be incarcerated at the highest rates in the world.

The truth is it doesn’t work. In fact, it may even increase crime and make our communities less safe. Slapping already poor people with fines just makes them poorer, sending people to prison makes them less employable, it increases their risk of mental illness, homelessness and future offending. Criminalising children can permanently harm their brain development, reduce their educational outcomes, increase their future likelihood of unemployment and set them on a trajectory of incarceration for life.

Now is probably also a good time to point out that punishment is not ladled out evenly within our communities. Australia’s only national Aboriginal-led justice coalition (for which I work) published a report in May 2020 about the disproportionate impact of Covid-19 public policy decisions on Aboriginal and Torres Strait Islander peoples. It found that across the key domains of prisons, child protection, family violence and policing within the community Aboriginal and Torres Strait Islander peoples were punitively and disproportionately impacted by Covid-19 public policy decisions.

Conversely, the ACT has not issued a single Covid-19 related fine and reports a high level of compliance with quarantining and isolation. The ACT Government has directed police to first advise people breaching public health policies of the health regulations, explain the need for compliance and then to issue warnings and move along orders before moving to fines and penalties.

3. We don’t need police to be persuasive

The state’s historical and ongoing overreliance on police and the military to promote compliance means that politicians rely on lazy assumptions and we too often go along with it. They justify the use of police and military in response to Covid-19 by – rightly – highlighlighting that we need to communicate at scale with members of our community about the very real risk that the pandemic poses to their health.

But, there is no reason to assume that police are the right messenger for this information, nor that they are the most effective. The fact that politicians want to rely on the armed forces rather than medical professionals, communications experts, cultural leaders, social workers and community networks says volumes about their overreliance on force rather than persuasion to get their message out. Infact, the Voices from the Block are a powerful example of how poorly the police perform as messengers of health information – people were left without adequate food, medication, knowledge of how to get tested, or clarity around the rules with which they were meant to be complying!

Rethinking our reliance on state violence

We should all be concerned that it appears to be the prevailing worldview of the majority of our political leadership that the threat of force and punishment is the best way to get civilians to ‘do the right thing’. Of course for many in our community this is no revelation. For the families of the hundreds of Aboriginal and Torres Strait Islander peoples who have died in custody, or the children who have been thrown into youth detention centres or the refugees holed up indefinitely in hotel rooms; the violence of the state is not an abstract threat but an ingrained part of daily survival. As Lucashenko writes, “poverty, capitalism, ongoing child removal. Policies of attempted genocide. Whatever history has thrown at blackfellas, we have survived.”

If Covid-19 can give us the opportunity to rethink our pitifully inadequate social security system, or the catastrophic state of public housing, or the precarity of our tertiary education system, then let it also make us challenge our assumptions about the criminal legal system and how much state violence we are prepared to accept.

Sophie Trevitt @sophietrevitt is a community lawyer, the Executive Officer of Change the Record and ACT Co-Convenor of Australian Lawyers for Human Rights. This article is written in her personal capacity.