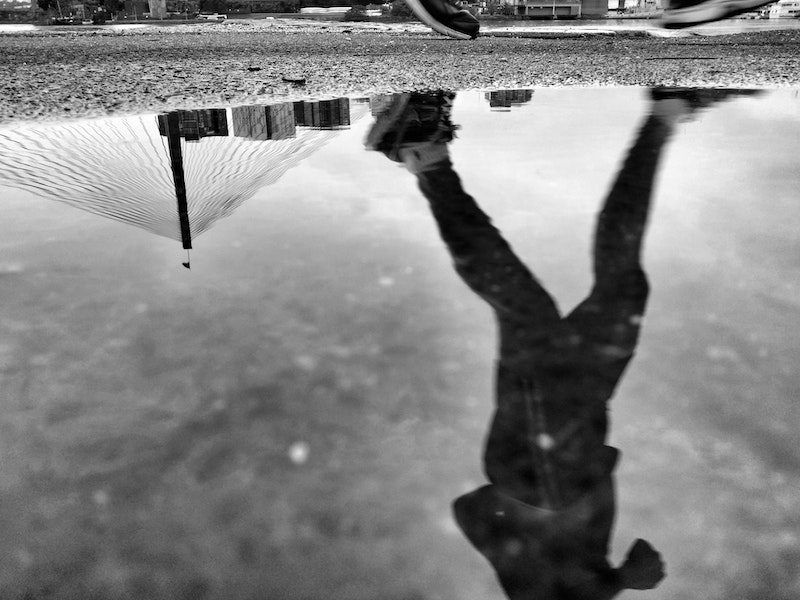 Greens Councillor Jonathan Sri from Brisbane argues that regardless of whether Kristina Keneally is racist herself, her views of immigration will bolster a racist system.

I shouldn’t need to start with this disclaimer, but: No, just because I’m accusing someone of advocating racist ideas or arguments doesn’t mean I’m saying that person is racist and horrible and ought to be ‘cancelled.’ All I’m saying is that in this case, the arguments Kristina is advancing are based on racist premises, tend towards racist outcomes, and will have the effect of legitimising and emboldening racism in Australian public discourse.

The article is a good example of dog-whistling. When you drill into the detail, Keneally’s main points are more subtle than those of someone like Pauline Hanson. To suggest that the two politicians are advancing identical arguments would be disingenuous and intellectually lazy. But I do think she’s using language which is calculated to resemble Hanson’s rhetoric and win back One Nation voters.

Kristina Keneally is not necessarily saying all migration is bad. And unlike Hanson, she doesn’t explicitly draw distinctions between people of different cultures and ethnic backgrounds.

She is correctly suggesting that our current immigration and employment policy settings sometimes encourage employers to pay temporary migrant workers less than they would pay Australian citizens to do the same job.

Depending on how you frame the issue, I also don’t think there’s anything wrong, in and of itself, with saying that offering migrants residency pathways and greater long-term stability is preferable to relying on such high numbers of temporary migrant workers.

So why is it dog-whistling?

In politics, how you frame and talk about a controversial issue matters just as much as the technical details of the policy position you’re actually advocating.

Dog-whistling is where you focus on a certain issue or use a particular phrase, knowing that some in your audience will infer a very different meaning.

What you don’t make room to say matters too. Failing to acknowledge our recent history of invasion, attempted genocide of First Nations peoples, and White Australia immigration policies also obliterates relevant context that shapes contemporary migration policy debates whether we admit it or not.

When Senator Keneally published an article with the heading “Do we want migrants to return in the same numbers? The answer is no”she knew a lot of people weren’t going to remember anything about the article beyond the headline. Such a phrase is clearly calculated to draw the attention and sympathy of xenophobes who are opposed to all migration.

Similarly, writing that we “need a migration program that puts Australian workers first” carries a lot of hidden meaning for racists, and for new migrants. Many people of colour and First Nations peoples have learned the hard way that the term ‘Australian workers’ is frequently used as coded language for ‘white Australian workers.’

When Keneally calls for cuts to specific migration programs while saying Aussie workers need ‘a fair go,’ she knows many people will interpret her comments as suggesting that migrants themselves are a major factor behind the mistreatment and exploitation of Australian workers.

This language deliberately taps into the racist and divisive strategies of certain labour movements in Australian history, where instead of arguing for better pay and conditions for all workers, some campaigns simply called for stronger restrictions to cap non-white workforces in order to benefit white Australians.

It was possible for Kristina Keneally to write a very different kind of article while still making similar points. She could have written a piece titled “Let’s give temporary migrants permanent residency” or “Fair go for migrants” or “Start welcoming permanent migrants from Africa, Asia and South America – stop exploiting temporary ones” (ok so that third title is a probably a tad too long and cumbersome).

She could have talked about the real factors behind why so many Australian workers are struggling – privatisation and outsourcing, neoliberalism, the financialisation of housing as a speculative commodity, Bob Hawke’s ‘Prices and Incomes Accord’ (which smashed the power of organised labour) etc. She could have highlighted that migrants and citizens all have a common interest in strengthening rules to protect temporary workers’ rights and prevent exploitation.

Instead, she used a divisive framing to grab attention and appeal to the hard-right, thus creating political pressure for the LNP to adopt even stronger and harsher anti-immigrant rhetoric. When leaders dog-whistle like that, they normalise and embolden racism (and by the way, following this path still doesn’t help Labor win elections).

Keneally was smart enough to know what she was doing. Anyone who defends her strategy and choice of framing is actually making it a lot harder to have the evidence-based discussions we really need to have about systemic racism, unfair employment conditions, temporary worker exploitation and migration settlement strategies.

No matter how you say it, ripping off colonised regions is still racist

Putting aside the dog-whistling, even the underlying substance of Kristina Keneally’s argument is based upon a racist and imperialist philosophical worldview.

Australia has benefited from 250+ years of colonisation, British imperialism, American imperialism, and globalisation. We bully and rip off near neighbours like East Timor and Papua New Guinea to profit from stolen natural resources. We benefit from unjust global trade deals and military interventions (how many wars for oil have there been in the Middle East now?), and from the overcharging of international students who study here.

We’ve exploited Aboriginal land and labour here on this continent, as well as workers from overseas. Our economy has grown thanks in large part to outsourcing and exploitation of overseas workforces and consumers.

On top of all that, both the fossil fuels we burn and export, and the political pressure we apply internationally against stronger action to address climate change, are huge contributors to global warming and economic instability, which of course pushes more people to seek employment far from home.

So in that context, for Keneally to argue that we don’t want young, unskilled workers from other countries, but we do want the richer, better-educated ones, is also extremely unjust and selfish.

She wants the benefits of globalisation in terms of wealthy tourists, free-flowing capital, cheap manufactured products and lucrative resource markets. She wants the doctors and engineers that other nations have spent time and money rearing and educating. But she doesn’t want any of the lower-skilled migrant workers who are struggling to find work at home due to the same unjust global economic system that we are benefitting from. And she supports harsher, militarised border policing to keep them out.

In practical terms, a range of factors including visa criteria, high application fees, sponsorship requirements, English language tests and embassy locations mean that on average, it’s (generally) much easier for white immigrants to enter Australia on pathways to permanent residency. Some experts have suggested that our humanitarian intakes also discriminate based on race, culture and religion.

In that context, it’s problematic to argue for reprioritisation away from migration pathways that currently allow more people of colour into the country, while neglecting to also advocate for restructuring the systemic barriers that exclude non-whites from permanent migration pathways.

But when we ask whether a certain policy or system is racist, it’s important we don’t get caught up focusing narrowly on whether individual decision-makers and advocates actually have racist motives. We must consider whether the overall system they’re supporting tends to yield differing results depending on a person’s culture or ethnic background.

The policy changes Keneally is advocating for will have racially discriminatory outcomes unless they are accompanied by other changes that she has chosen not to advocate for.

That doesn’t mean she’s racist. But the practical results of what she is calling for certainly would be.

The difficult challenge of talking about migration policy in Australia is that it can’t be conveniently separated from discussions about colonisation, extractivism and imperialist globalisation.

A lot of well-meaning Australians get frustrated when any attempt to start a conversation about migration immediately attracts accusations of racism. This is particularly so for many Greens, whose white fragility prevents them from recognising how sustainability arguments for limiting immigration can be inherently racist.

The hard truth is that in settler-colonial countries like Australia, you simply can’t talk sensibly about migration without talking about racism. The two topics are inextricably linked, and leaving race out of the conversation – like you’re some kind of ‘objective’ scientist neutrally discussing populations and carrying capacities without acknowledging past and ongoing systemic racism – just tacitly reinforces racist norms.

Yes, we do need to build alliances between Australians and migrant workers. We do need to reinforce common interests and fight against the corporate bosses who benefit by dividing and exploiting us.

And if a Labor senator writes a shallow, divisive, harmful article that normalises and reinforces racism, we do have to call it out.

Discover the history of dissent in progressive politics, the challenges facing our movement, and engage in an important debate about how we should go about our dissent.