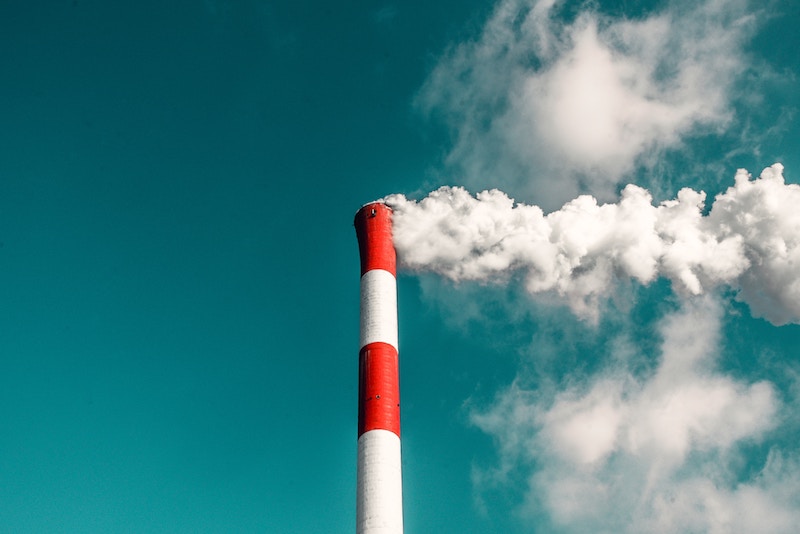 There’s been a flurry of stories recently about men apparently choosing not to recycle, or carry reusable shopping bags, because they’re worried people might question their sexuality.

The reporting is based on research by Janet K. Swim, a professor of psychology at Penn State University, studying the perception of certain pro-environmental behaviours as having a particular gendered nature. She did indeed find that different behaviours were identified by both men and women as being somehow more masculine or more feminine, and there was a weak aversion to associating with people whose behaviour was seen as gender non-conforming.

While the reporting of this research has been generally light-hearted, there’s a serious issue behind it with deep repercussions not just for pro-environmental behaviour, but for ecological politics as a project. Beyond the reminder of quite how far we have to go still in moving beyond damaging gender stereotypes and prejudices, it reveals how the hyper-masculinist, dominance-driven nature of our politics is thoroughly intertwined with anti-environmentalism.

Reading the reporting of Swim’s research, I was reminded of the bizarrely gendered nature of the energy debate that reared its ugly head in the recent election campaign, in which I ran as a candidate. After Prime Minister Morrison rubbished Labor’s (actually quite weak) support for electric cars on the basis that Australians want cars that have “a bit of grunt”, I had numerous conversations with male voters who shared with me their belief that petrol engines have somehow “got balls”, while electric engines, despite in reality being on various measures stronger than internal combustion engines, are, in their view, weaker. This particular red-blooded male stereotype wouldn’t be seen dead driving an electric vehicle. Indeed, the idea that we might seek to phase out internal combustion engine cars becomes a threat to their conception of masculinity.

Fascinated and horrified – like passing the scene of a car crash and craning your neck to see more – I dug deeper in some of these conversations, and found that this view is bound up in ideas of domination. There is actually something in the very destructive nature of digging great big holes in the ground, pulling up rocks and burning them, consequences be damned, that suggests greater strength and power to some people than harnessing the energy of the wind and sun. From this perspective, a plan to phase out coal and power Australia 100% with renewable energy is seen as a challenge to the view of this country as a place of rugged masculinity.

This goes even more for nuclear power. In this understanding of the world, what could be stronger, what could demonstrate “man’s power over nature” more than our ability to split the atom? The idea that this is dangerous and has the capacity to make great big explosions is part of the attraction, not a mark against it. The fact that it’s the most expensive technology to boil a kettle ever invented is irrelevant.

Now this is all rather anecdotal. I have had enough conversations that reflect these views to make it worth remarking on, but I haven’t done actual publishable research in this space. That said, there has long been evidence of something of a gender divide in energy, and in environmentalism more broadly. There’s a consistent pattern of women being both more concerned than men about climate change and more supportive of the transition to renewable energy (see, for example, the 2017 Climate of the Nation report). And there is a measurably higher vote for the Australian Greens amongst women than men (see, for example, the Australian Electoral Study).

The polling trends, and my conversations during the campaign, both reflect something much deeper and older.

Ecological politics has long been characterised as feminine / feminist world-view. Ariel Salleh and Val Plumwood have developed theories of eco-feminism, exploring not just its nurturing nature, but more deeply the way it respects fragility and embraces cooperation, complexity and connection. A basic understanding of ecology leads to a recognition that over-dominance of one species often leads to collapse, and that true strength and resilience comes from coexistence, from interconnected diversity. Ecological politics, consequently, recognises human dependence on the natural world, rather than separation from and dominance over it. This clearly parallels the feminist critique of patriarchy’s principle of domination. Plumwood ties them together in her phrase, “the mastery of nature”.

One of the founders of the German Greens, Petra Kelly, explicitly drew on these concepts in her early thinking on Greens politics.

“Feminism, ecology and nonviolence belong together and are interrelated… Resistance to war, to the use of nuclear weapons and nuclear energy, is impossible without resistance to sexism, to racism, to imperialism, and to violence as an everyday pervasive reality. There is a very profound relationship between the fact that many women and children are commonly attacked, beaten up, and raped, and that a nuclear war as well as a nuclear catastrophe threatens this entire planet Earth.”[1]

Indeed, the link between a certain type of masculinity, domination and anti-environmentalism that I found in my conversations during the election was drawn out in one recent qualitative study of the language of climate deniers. Two Swedish researchers found that “for climate skeptics … it was not the environment that was threatened, it was a certain kind of modern industrial society built and dominated by their form of masculinity.”

Not coincidentally, a one-eyed reading of the Bible, in its early industrial and extremely patriarchal King James translation, led to this view entering the catechism in what has become known as the “dominion mandate”:

And God said unto them, Be fruitful, and multiply, and replenish the earth, and subdue it: and have dominion over the fish of the sea, and over the fowl of the air, and over every living thing that moveth upon the earth.

The American Christian right has long promoted this line from Genesis 1:28 as a biblical critique of environmentalism. God is telling them, they believe, that we humans are entitled to do whatever we like with the Earth and its resources. Industrialists in the US, Australia and beyond have found this a handy way to tie their desire for profits and lack of care for the environment to a religious imperative. It sits behind the politics of the Institute of Public Affairs, Tony Abbott, George Pell and many others.

Nuclear power fits perfectly with this world view. Splitting the atom is the apogee of human dominance over nature. And, given its enormous and persistent waste problem, nuclear power is only acceptable if you believe that it is our right to pollute as we please.

There is, of course, a very different Biblical view. Thea Ormerod, Elenie Poulos and the Australian Religious Response to Climate Change, among others, talk of the concept of “stewardship of creation”. Plumwood and Salleh’s analysis shows why we shouldn’t be surprised by the gender split for and against dominion theology.

Following the thread of gendered domination, we can point to the role of women in the peace movement, from the Ancient Greek story of Lysistrata, through the founding during World War I of the Women’s International League for Peace and Freedom, to Jo Vallentine, Australia’s first Greens Senator, first elected for the Nuclear Disarmament Party. Patriarchal domination is closely interlinked with imperialism, colonialism, industrialisation and, of course, capitalism, with its gendered primacy of competition and erasure of cooperation.

This, too, brings us back to nuclear power. The privatisation of profit and socialisation of risk inherent in nuclear power only makes economic sense if you believe in the dominance of corporations. With multi-billion dollar cost blowouts in construction and decommissioning, the refusal of private insurance companies to cover risk, and a waste stream that will need to be managed for many times longer than our civilisation has so far existed, it’s basically a complex wealth transfer from citizens to corporations. In this context, the very democratising, decentralised nature of renewable energy is a direct threat to a philosophy based on “might makes right”.

This isn’t about making some spurious gender essentialist argument, condemning all men on the basis of a narrow conception of masculinity. It’s important because we need to understand the deep motivations and values behind ideas in order to work out how to combat them. If indeed it is the case that the push for nuclear power and the rejection of renewable energy are driven in no small part by a patriarchal, dominance-driven philosophy, we will need to consider the implications for how we argue, how we frame, and quite how much we need to change. Apart from anything else, this view is, perhaps unsurprisingly, hugely over-represented in positions of power – in corporations and in both the Liberal National coalition and the Labor Party. It is embedded in power, both as it is conceived and, bluntly, as it is currently held and wielded.

At its heart, this is a clear demonstration that, as I’ve put it, “everything is connected”. If environmental behaviour and politics are deeply intertwined with patriarchy, we need to be even clearer that we’re not simply trying to replace energy sources; we’re not simply trying to save species; but we’re working to shift very deep cultural ideas and material realities of gender and power in order to drive the systemic change necessary to protect the natural world which we are part of and which is our only home.

The flipside is that, when we work in that way to build ecological understandings of connection and coexistence, we get to the heart of many issues in one, and we begin to create a society which will be a far better place for us all.