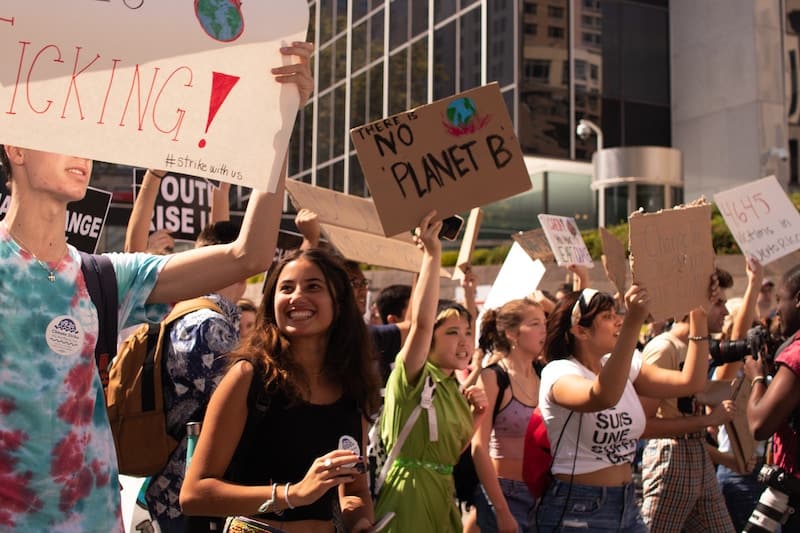 This is an edited version of ‘Sortition: the joy of participation’, that appeared in Griffith Review 64. We thank them for permission to reproduce this article.

Any democracy worthy of the name must be an ongoing experiment in institutional design: there must be a willingness to adapt the ways in which representation is handled in order to maintain legitimacy. It is within this context that the idea of sortition arises, a system of appointing office holders, not by voting for them, but by random selection, similar to the way our legal system appoints jurors. What I want to do here is make the case for a minimalist implementation of sortition as a way of addressing the persistent and growing view among citizens that governments are failing to properly represent their best interests (for the maximalist view, see my book, The Future of Everything (NewSouth, 2018)). In so doing, I also want to revive the notion of political participation as a good in itself and, ultimately, as a source of joy. Yes, joy.

In arguing for sortition, I am not saying that voting is bad. But I am saying that it is not enough.

Sortition is an ancient wisdom we have forgotten or have been taught to ignore. In ancient Athens it was the norm, used to fill all legislative and executive roles. The founders of democracy understood that the voting process could be captured by the powerful: instead of self-rule, where every citizen has the opportunity to govern as well as be governed, voting leads to the creation of an entrenched political class whose interests are, eventually, at odds with the rest of the citizenry. Aristotle himself said, ‘It is accepted as democratic when public offices are allocated by lot; and as oligarchic when they are filled by election.’

Australia has always been innovative in its approaches to governance, and in this sense, the introduction of sortition would be a continuation of that tradition.

We were one of the first nations to extend the franchise to women, to instigate a secret ballot, to allow non-landowners to vote, and to pay parliamentarians a living wage so that they could be full-time members of parliament (a necessity if working-class people were to be able to participate). We also legislated for Saturday voting, making it easier for working people to vote, and in 1902, one year after Federation, formed what is now known as the Australia Electoral Commission (AEC), a non-partisan body with sole responsibility for setting electoral boundaries, maintaining electoral rolls and managing public awareness programs. Australia has also been an innovator in voting methodologies – such as proportional and preferential voting – that better reflect the intention of the electorate than the first-past-the-post system still used in the UK and most of the United States.

In 1924, Australia also introduced compulsory voting, ostensibly aimed at increasing turnout rates, which were hovering around the fifty per cent mark, but also in response to concerns from conservatives that the ability of unions to get-out-the-vote disadvantaged the non-Labor side of politics. That compulsory voting is, in essence, a progressive measure is reflected in the fact that contemporary attempts to get rid of it or undermine it have all come from right-of-centre parties and politicians.

Despite this democratic temper and these innovations, Australia has been far from immune to the sense that our governments are failing in their basic duties of representation. This is largely because the federal parliament has been captured by the two-party system, and that that party system has started to unravel.

The major parties have also become self-perpetuating machines for a particular class, preserving their access to power while providing a secure career path to a cadre of individual members (a career path that increasingly extends to placement with corporations after members, particularly ministers, leave politics). Concomitantly, members of parliament are increasingly drawn from a smaller and smaller section of the population, and in fact, an inordinate number of them are political operatives of one sort or another, ushered into parliamentary seats where, especially in safe seats, they become virtually immoveable.

On the other hand, nurses make up 2.1 per cent of working Australians (there are 220,000 of them), but there is precisely one former nurse in parliament. Tradespeople are 13.5 per cent  and teachers 3.5 per cent of the general population, but both constitute just 0.4 per cent of parliament.

In terms of ethnicity and gender, it is even more marked: 6 per cent of parliamentarians come from non-English speaking backgrounds compared to 23 per cent for the rest of us. Woman may hold up half the sky, but they make up just 29 per cent of the House of Representatives and 39 per cent of the Senate. Labor is 44 women to 56 men – a good result achieved with a quota system – while the Coalition runs at an embarrassing 20 to 80.

The federal parliament is more overtly religious than the general population, though most of that over-representation involves those who identify as Christian (the Islamic and Jewish faiths, for instance, are under-represented). Forty per cent of the Coalition and 30 per cent of Labor are Christian, this in a country that is constitutionally secular and where ‘no religion’ is the fastest growing category measured by the national census, having increased from 18.7 per cent in 2006, to 30.1 per cent in 2016.

Under such circumstances, it seems prudent to examine ways of addressing such imbalances of representation, and sortition presents a straightforward way of doing that: it is relatively easy to design a system that chooses a representative sample of the population, and we do this regularly in opinion polling and, as already noted, jury selection.

The question then becomes, at what point do we insert this deliberative body of randomly selected citizens into the governing process? What is the exact role of such a body?

A number of possibilities present themselves, including ones suggested by James Fishkin, the US academic who has popularised deliberative polling, a form of sortition that uses microcosms of citizens to consider specific legislative matters. In his 2018 article, ‘Random Assemblies for Lawmaking? Prospects and Limits’, he argues that precedents ‘from ancient Athens show how such short-term convenings of a deliberating microcosm can be positioned before, during, or after other elements of the lawmaking process.’ In other words, the deliberative body chosen by sortition could either be used to decide what matters the formal legislative body (parliament, Congress) would consider, to have the final say on whether a given piece of legislation was accepted as law (similar to what the Australian Senate does now), or to decide on legislative matters that could be put to the people in the form of a plebiscite or what Americans call a ‘ballot initiative’. Fishkin notes that, ‘These roles and entry points for deliberation hardly exhaust the possibilities. But they illustrate the many possibilities for officially incorporating the conclusions of a deliberating microcosm into the lawmaking process.’

The key objection to this form of self-governance is that such a body is unlikely to have the expertise required to make complex decisions, but the evidence from deliberative polls and various other forms of citizens’ juries and assemblies suggests such concerns are exaggerated. In fact, the jury system itself best illustrates the weakness in this objection.

Juries work because jurors are not lawyers or judges – they are peers of the accused – and it is precisely their lack of expertise that is being sought, an ability to reach a conclusion that the society they represent is likely to accept. So provided experts are available to advise a body based on sortition – as they are now for conventional parliaments – there is no reason an ordinary citizen is any more or less likely to be able to make good judgements than the elected non-experts we currently vote for.

Fishkin points to a number of other concerns. These include risks of corruption arising from the members of such a full-time body becoming publicly known and therefore being vulnerable to bribery and other forms of influence. He also suggests that the full-time nature of the body would lead to ongoing meetings among members and the formation of coalitions and perhaps even the creation of full-time parties. The risk here is that bargaining replaces deliberation in the name of longer-term advantage for the individuals involved and thus helps enable the very political class formation sortition is trying to avoid.

Fishkin’s point is that these concerns do not arise as readily in a short-term or minimalist version of a body constituted by sortition. If that body consists of members who deliberate only for a number of days, or perhaps weeks, they are by definition less vulnerable to such weaknesses.

So a minimalist version of sortition provides a more representative set of people looking at issues than we currently have; it is better able to deliberate on the value of given legislation rather than simply negotiate outcomes on the basis of matters other than the legislation itself; and it is less likely to be open to powerful outside influences such as lobbyists, vested interests, or even the media. Such short-term gatherings of random citizens have the potential to inject an important alternative perspective into the legislative process in a way our current representative-only, party-dominated system cannot.

There is one further advantage of sortition worth highlighting: namely, the value of participation itself, the sense of involvement and satisfaction – of joy – that arises when citizens are truly able to exercise political power on their own behalf. As Hannah Arendt reminds us in her book, On Revolution, what the US founding fathers meant by ‘the pursuit of happiness’ was ‘public happiness’, not simply the pursuit of private satisfaction. Arendt says, ‘No one…could be called free without his experience in public freedom, and…no one could be called happy or free without participating, and having a share, in public power.’

We have lost that sense of ongoing self-rule that is the heart of democracy, as well as the sense that participation can itself be a source of joy and empowerment. It is incredibly instructive to study the responses of those who have been involved in deliberative polls and citizens assemblies and see how transformative the experience has been for them. One participant in the deliberative poll held in Canberra in 1999 on the question of Australia becoming a republic put it this way:

Can I just say that as an elder citizen that I’ve been tremendously informed and stimulated by this gathering. I would just like to say how wonderfully I’ve seen the democratic process at work.

The Guardian, reporting on the 2017 citizens’ assembly in Ireland that led to the referendum on abortion rights, notes that, ‘Assembly participants certainly seem delighted to have taken part.’ Liz Connell Jones, a 63-year-old retired teacher and mother of two from Wexford, southeast Ireland, was quoted as saying, ‘I’m almost sad it’s coming to an end. It’s been a life-changing experience for me.’

A share in public power, allowing us control over our own lives, is central to addressing the concerns citizens have about the relevance and efficacy of their governments. But more than that, such participation is an end in itself, and a joyous one.

The best way to fight the enemies of democracy, then, is more democracy. ‘More democracy’ means designing institutions that allow a broader cross-section of citizens to self-govern. Random selection – sortition – achieves this in a way that voting alone cannot.