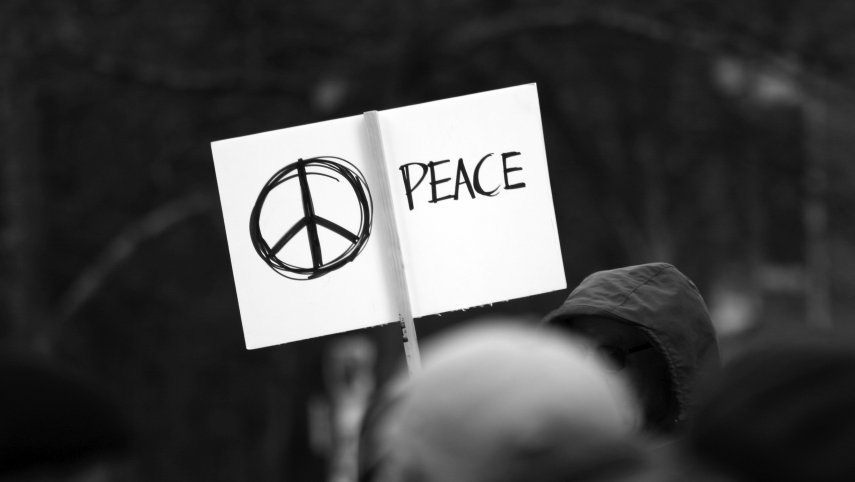 Australia has been constantly at war for 16 years, by far the longest stretch ever. Being at war has become the normal state of affairs for us. We spend $95 million every day on war and its preparation, even though the 2016 Defence White Paper said that the prospect of another country invading Australia in the foreseeable future is remote.

Our wars receive very little discussion, as if the need for them is self-evident. Our elected representatives are not consulted about proposed deployments of troops, what they are meant to do on our behalf, whether the proposal is even legal, and what the costs (human, environmental, economic, political) might be. There is zero debate in parliament on these things and no vote on them. The lessons from the disastrous 2003 invasion of Iraq, which Australia joined on the decision of one man, PM John Howard, are stark but unheeded.

Since 2014, decisions for renewed military deployments in Iraq, the bombing of Syria and most recently the Philippines, have been made, still with no involvement from our parliament. Decisions to send Australians off to kill and be killed can be made remarkably easily, with zero accountability.

Meanwhile, the wars we take part in are creating enemies for us and making us less secure, but we keep on fighting them and joining new ones.

There is no debate in parliament also about Australia’s major expansion of our weapons industry. The 2016 Defence Department briefing statement to accompany the Defence White Paper outlined approximately $195 billion over a decade for “defence capability” – an extraordinary amount when the prospect of us being invaded is remote. While the production of civilian goods in Australia is mostly a distant memory, our production of weapons is being ramped up, with our choice of customers raising grave concerns. Defence Industry Minister Christopher Pyne is spruiking increased sales to some outright human rights abusers such as Saudi Arabia, whose bombing and blockade of Yemen has created a dire humanitarian emergency. Despite talk of strict guidelines on our weapons exports, the business of war profiteering appears to trump matters of principle.

the wars we take part in are creating enemies for us and making us less secure, but we keep on fighting them and joining new ones

Australia’s capacity for diplomacy has steadily been eroded to the point where it seems we barely know how to respond to conflict except by armed force or threats of it, while our foreign aid to help build resilient communities overseas has been absolutely slashed.

Why does all this matter?

There are a host of reasons, because an acceptance of warfare as a normal state of affairs undermines practically everything that Greens strive for:

Another aspect of Australia’s identity as a warrior nation demands our urgent attention: our government’s steadfast opposition to the real progress that is being made globally towards the abolition of nuclear weapons, the world’s most terrifying devices. Game-changing progress was made on 7 July this year, when the UN adopted by a strong majority (with 122 nations in favour) the new Treaty on the Prohibition of Nuclear Weapons, despite Australia doing its utmost to derail the process. The power of the treaty is in its capacity to set up a new global norm, by which the weapons are now delegitimised and stigmatised, an essential step towards their elimination.

The Treaty was a huge achievement for civil society, led by ICAN, the International Campaign to Abolish Nuclear Weapons (which began in Melbourne), working with supportive governments. ICAN was awarded the 2017 Nobel Peace Prize for its efforts.

Meanwhile, these ultimate weapons of terror come closer to being used than they have been for decades. The stand-off between the US and North Korean leaders brings us to the brink of self-destruction, with use of the weapons either by accident, miscalculation or deliberate mass murder a distinct possibility. Studies have indicated that a nuclear war between, say, India and Pakistan would be likely to cause a nuclear winter lasting up to a decade with widespread crop failures and famine around the globe. Australia, while preaching disarmament to others, continues the absurd hypocrisy that we need US nuclear weapons to “protect” us, and refuses to join other nations in declaring that these weapons must never be used again.

Where to from here, and what role can the Greens play?

The first thing to be said is that the Greens are the only party to be seriously questioning Australia’s addiction to US wars, our lack of an independent foreign policy, the anti-democratic nature of our decisions to go to war and our increasing war profiteering. And – notwithstanding very welcome support from a majority of federal Labor parliamentarians – the Greens are the only party that consistently promotes as party policy the need for Australia to sign and ratify the Treaty on the Prohibition of Nuclear Weapons.

But despite this valuable work, one of our four Greens pillars – peace and non-violence – is slipping. When Greens priorities are listed or ranked, and when our vision for Australia is laid out, peace issues often fail to even rate a mention. As just one example, in the post-election survey of members in July 2016, there was no mention of peace and disarmament.

It is time for this to change. We must present loudly and clearly a vision of a nation that believes in peace, not war, and the urgent need for real action to get rid of the only weapons that threaten our planet. The Greens are the only political party that is likely to lead on this, and we must do so.

Advocating a greater profile for these things is not to suggest that we play off one issue against another, but to urge that Australia’s addiction to warfare be highlighted and challenged at every opportunity, and that warfare be explicitly linked to environmental, human rights, economic and other concerns in whatever forums we can. And we must take on Australia’s complicity with policies that literally threaten the world as we know it with the urgency that the nuclear weapons issue deserves.

We must present loudly and clearly a vision of a nation that believes in peace, not war, and the urgent need for real action to get rid of the only weapons that threaten our planet.

If the world – led by the war profiteers – continues its slide towards another major war, possibly involving Korea, prospects for serious action on our climate crisis and everything else we care about will plummet even further. And if nuclear weapons are not abolished, they will be used again, with catastrophic consequences on a global scale.

It’s time for the Greens to bump peace up the agenda.