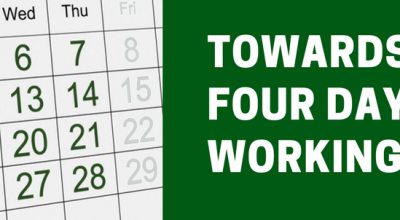 Towards a four-day work week

We started the company, two of us in a room, working five eight-hour days, and late if we had to: the same hours we were used to at the advertising agency we’d just left, scrounging for work, taking what we could get. Little by little we got better at what we did, and after two or three years we’d improved... Read More

by Michael Honey , 3 years ago

Culture, Info & Tech, Economic Justice, Featured, What alternatives?, Why are we here?

Developments in automation and data exchange are launching us into what some are calling the fourth industrial revolution. From retail to transport, farming, medicine and of course manufacturing, there are few areas of employment and the economy that will remain unaffected. [...]

by Mark Riboldi , 3 years ago

Response by Tom Rigby to “The Future of Work”

Ramos’ critique of neoliberalism centres on the nature of capitalism as a system in which value is created for the few at the expense of the many. Ramos uses the metaphor of musical chairs to demonstrate the effects of neoliberalism on employment, with each step of innovation and disruption decreasing rather than increasing employment opportunities. But why must this be... Read More

The Future Of Work

The article was originally published in Stir Magazine. Thank you to Jose Ramos for giving us permission to republish. Many of us grew up with the game of musical chairs. The music starts and we go round and round. Some dance around with abandon, while others hover over each chair as they pass expecting the music to stop (that was... Read More

by José Ramos , 3 years ago 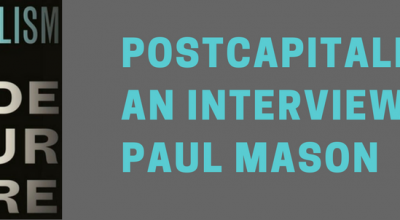 Economic Justice, Featured, What alternatives?, Why are we here?

Postcapitalism: An interview with Paul Mason

Green Agenda Editors Clare Ozich and Simon Copland spoke to Paul Mason, journalist and author of Postcapitalism: A Guide to Our Future. With his bold thesis on how technological development is leading to the end of capitalism and the exciting prospect of what a postcapitalism could look like, we had a lot to discuss with Paul. As Paul puts it in... Read More

by Clare Ozich and Simon Copland , 4 years ago

Featured, What alternatives?, Why are we here?

An Automated World? An interview with Jim Stanford

Green Agenda contributor Mark Riboldi recently sat down with Jim Stanford to talk about automation and what it means for the future of work. Jim is an economist and the Director of the Centre for Future Work. He recently moved to Australia from Canada where he served for over 20 years as Economist and Director of Policy with Unifor, Canada’s largest private-sector... Read More

by Jim Stanford , 4 years ago 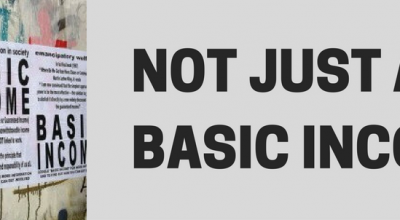 Not Just a Basic Income

On the 9th December, 2016, the Green Institute published the paper Can Less Work be More Fair: a discussion paper on Universal Basic Income and Shorter Working Week. As part of this release Green Agenda will be republishing a number of essay from the paper. The second paper we are publishing is from Ben Spies-Butcher, “Not Just a Basic Income“. One... Read More

by Ben Spies-Butcher , 4 years ago

Next Economy: an interview with Amanda Cahill

Green Agenda editors Clare Ozich and Simon Copland sat down recently with Amanda Cahill to talk about economic transformation and her new project, Next Economy. Amanda is the Director and Founder of the Centre for Social Change. Her work includes answering the question – what do economic systems that are good for people and the planet look like? [...]

by Amanda Cahill , 4 years ago