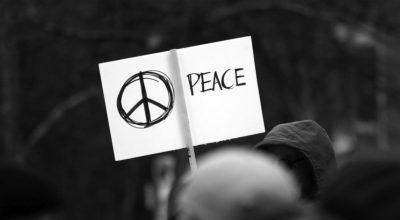 Time To Bump Peace Up The Agenda

Australia has been constantly at war for 16 years, by far the longest stretch ever. Being at war has become the normal state of affairs for us. We spend $95 million every day on war and its preparation, even though the 2016 Defence White Paper said that the prospect of another country invading Australia in the foreseeable future is remote.... Read More

by Sue Wareham , 3 years ago

How Should We Respond To The Rise Of The Far-Right?

The rise of the far right in countries around the world is opening up important questions about how the left should respond. While anti-fascist groups have become active, their tactics have been criticised and debated. Following our interview with Jason Wilson on the threat of the far-right, Green Agenda presents two differing perspectives on how the left should respond to the rise... Read More

by Jasmina Brankovich , 3 years ago 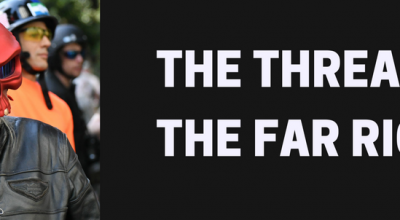 The Threat Of The Far Right: Why Take It Seriously?

The recent white supremicist rally and murder of Heather Heyer in Charlottesville, Virginia have brought attention to the rise of far right groups in the United States. The Australian journalist Jason Wilson, who now lives in Portland, has been reporting on the rise of these groups since the election of Donald Trump. Prior to attending a far-right rally hosted by... Read More

by Simon Copland and Jason Wilson , 3 years ago

The Age of Consequences: the nexus of climate and conflict

The Age of Consequences is a documentary film exploring how climate change stressors interact with societal tensions, sparking conflict. The film unpacks how water and food shortages, drought, extreme weather, and sea-level rise function as ‘accelerants of instability’ and ‘catalysts for conflict’, with grave implications for peace and security in the 21st century The film is being shown in Australia... Read More

by Clare Ozich , 4 years ago

“Forgotten men and women”. “Struggling families”. “Mothers and children trapped in poverty”, not “sharing the wealth” of “the establishment”. On one reading, Donald Trump’s inauguration speech is full of left wing imagery and ideas. So much so that I have seen it explicitly suggested that it was the kind of speech that Bernie Sanders might have given. Following his rejection... Read More 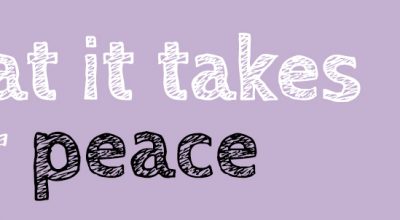 What it takes for peace

An interview with Edith Ballantyne The modern peace movement arose from the horrors of World War I. It was in 1915 in the midst of this conflict that the Women’s International League for Peace and Freedom (WILPF) was formed. WILPF, celebrating its 100 year anniversary this year, continues its mission to bring about social and political equality and economic justice by nonviolent means... Read More

by Edith Ballantyne and Felicity Ruby , 6 years ago